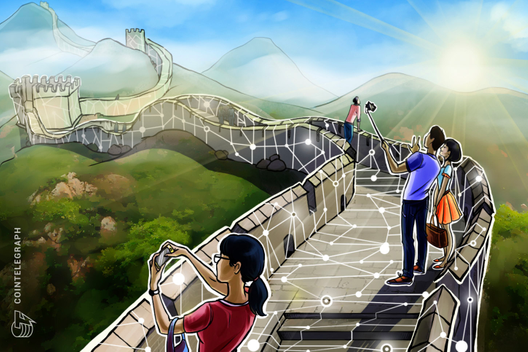 The municipal Shanghai government has joined forces with financial institutions to create an alliance to foster the use of blockchain for global trade.

The Global Times reported on Nov. 7 that during the China International Import Expo earlier today, the Shanghai Municipal Commission of Commerce, Shanghai Customs and representatives from six bank branches — including the People’s Bank of China and Bank of Communications — signed a Blockchain Alliance proposal for the city’s e-port area.

Chen Huifang —  a professor at the College of Information Science and Electronic Engineering of Zhejiang University — told the Global Times that blockchain has previously been implemented in several free trade zones across China, noting that:

An official from the General Administration of Customs of Shanghai, Ye Jian, emphasized that the blockchain alliance represents “the first blockchain application project in customs and the first service project for the CIIE.”

He added that blockchain had been successfully implemented in the newly-launched cross-border yuan trade financing services for Shanghai’s single window system, helping to tackle data imbalance issues in the process.

Qi Hong, vice director of China Construction Bank’s Shanghai branch, emphasized to reporters that the technology remains in its early experimental phase in the country, outlining that:

„We now use blockchain in sporadic financial products instead of the whole finance industry chain, and the public doesn’t have a sound understanding of the technology when it comes to financing. But I think the government’s call for blockchain construction will help push the technology’s application in a more comprehensive way.“

As reported, China’s President Xi Jinping has recently stated that the adoption of integrated blockchain technologies is key to promoting tech innovation and industry transformation in the country.

Reflecting on the president’s remarks, Galaxy Digital CEO Mike Novogratz this week claimed that the statement had “credentialized crypto and blockchain.”

Even as China’s National Development and Reform Commission has now rolled back its former plans to crack down on Bitcoin (BTC) mining in the country, local media has cautioned against misinterpreting the president’s remarks as being an endorsement of decentralized cryptocurrencies.