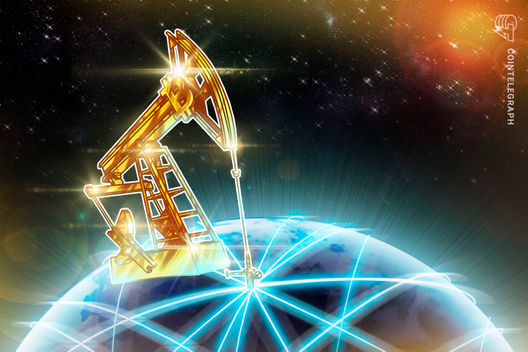 As Bitcoin firms add to their arsenal, it seems there’s no stopping the BTC mining industry. But is it still profitable in 2019?

Back in the early days, when Bitcoin (BTC) was but a niche experiment for cypherpunks and basement-dwelling hobbyists, the process of its creation required little more than a budget CPU. Since that time, however, an entire industry has sprung forth and a quasi-gold rush rivaling that of the 1850s has taken the world by storm.

As a direct result of both the increasing difficulty of Bitcoin mining and the decreasing profitability of mining solo, the current mining industry has become dominated by huge conglomerates. Ostensibly known as Bitcoin’s industrial revolution, the rise of mining collaborations changed the game for everyone.

Two of the biggest mining pools, Antpool and BTC.com, presently occupy a combined 29% of the entire Bitcoin mining market. 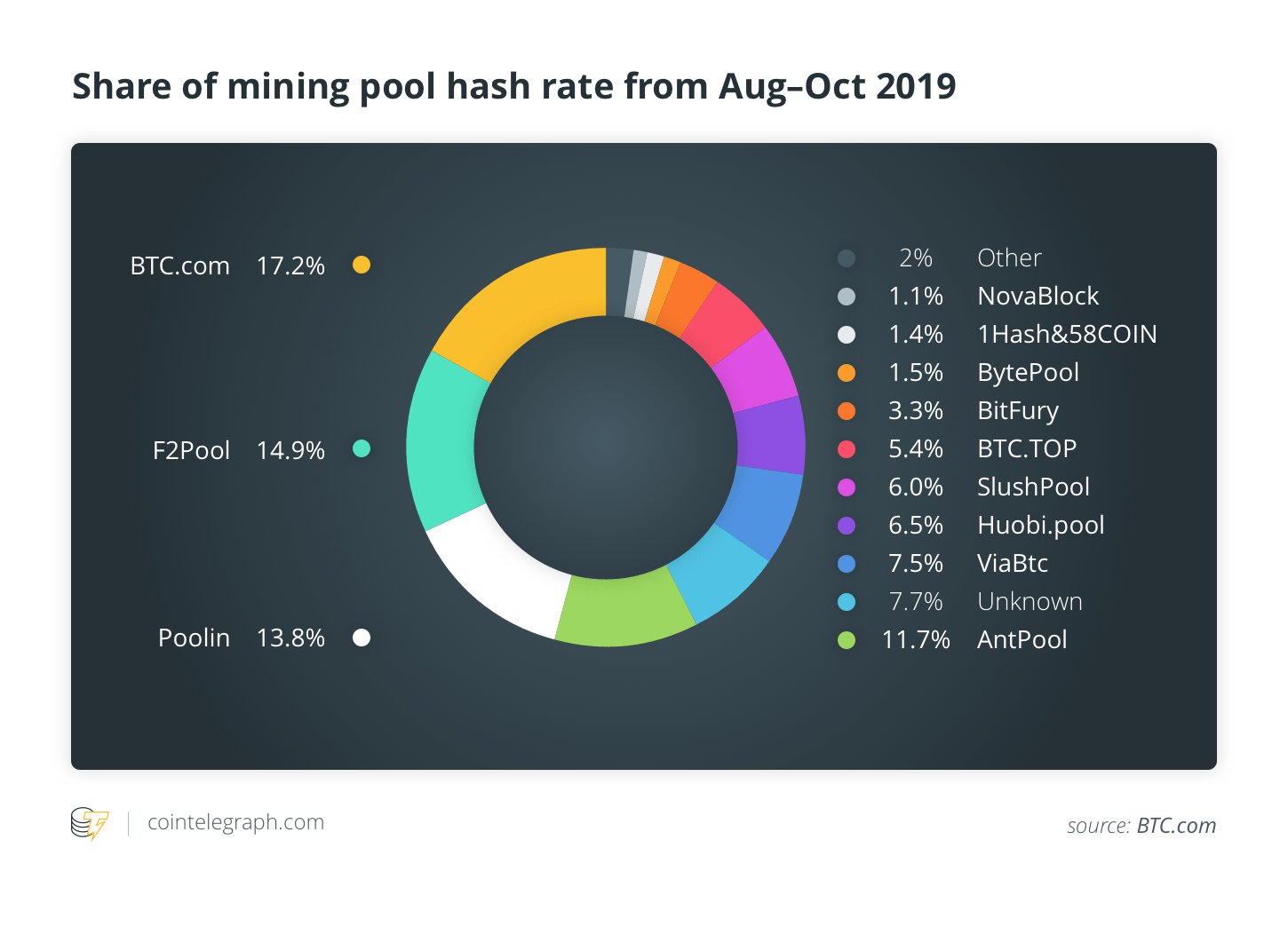 In order to at least turn a profit from Bitcoin mining, swathes of dedicated high-powered mining machines are required. They are so sophisticated that a singular unit almost prices out the average retail miners. These improved models no longer use GPUs but instead, employ application-specific integrated circuits, or ASICs.

Bitmain, the owner of both Antpool and BTC.com, is, unsurprisingly, one of the largest manufacturers of cryptocurrency mining equipment. Early last month, the goliath announced two new ASIC miners, the s17+ and the T17+. Bitmain co-founder, Jihan Wu, promised the machines would bring both increased power efficiency and overall hash rate improvements. As far as Bitmain sees it, the popularity of Bitcoin mining isn’t showing any signs of slowing. Several weeks after the announcement, a mining firm based in the United Kingdom known as Argo Blockchain placed a $9.51-million order for 10,000 T17s. This massive addition to the company’s already burgeoning fleet of miners has seen it grow by a monumental 240%. Speaking to Cointelegraph, Mike Edwards, CEO of Argo Blockchain, elaborated on the achievement of the T17s.

“Overall, we are very pleased with the performance and stability of the 17 series miners, and we believe that the T17 represent the best combination between efficiency and price per petahash.”

It’s perhaps no wonder Argo feels a need to increase their miner armada, an escalation of mining power has been increasingly evidenced over the past few years. Bitcoin’s hash rate — a measure of the combined processing capability of the network — has grown exponentially in the last decade, hitting a milestone 100 exahashes per second (EH/s) a little over two months ago.

With this increase in hash rate comes an increase in mining difficulty, a calibration of the network takes place every 2016 blocks to accommodate the new power within it. This adjustment protocol is primarily in place to combat inflation. However, as a consequence, rising difficulty shrinks miner profit margins, requiring the use of more powerful machines to remain profitable — thus continuing the cycle.

Mining profitability isn’t all about the equipment; there’s a delicate equilibrium that needs to be struck between the mining difficulty, the cost of electricity and the price of Bitcoin. The latter two are particularly integral.

For example, the lower the cost of power, the more profit can be gleaned from mining — even with less efficient equipment. On the flip side, with the proper arsenal, a mining outfit can outweigh the drawbacks of high electricity tariffs by maximizing their hashing power and capitalizing on the economy of scale.

However, one of the biggest hurdles to mining profitability is ultimately Bitcoin’s ever-shifting value. For many miners, this was a painful lesson to learn. Back during the bear winter of 2018, numerous crypto prospectors were forced to switch off as the delicate equilibrium between price and profitability skewed out of balance.

As Bitcoin slowly receded into the low four-figure mark, several mining operations were driven below their break-even point. A mass capitulation of miners was witnessed around November 2018, shortly after Bitcoin’s fatal plunge below $6,000 a month prior.

An estimated 600,000 to 800,000 Bitcoin miners shut down as profitability waned. As a result, hash rate incurred a 46% drop, declining from around 58 EH/s at the beginning of November to approximately 31 EH/s at the start of December. 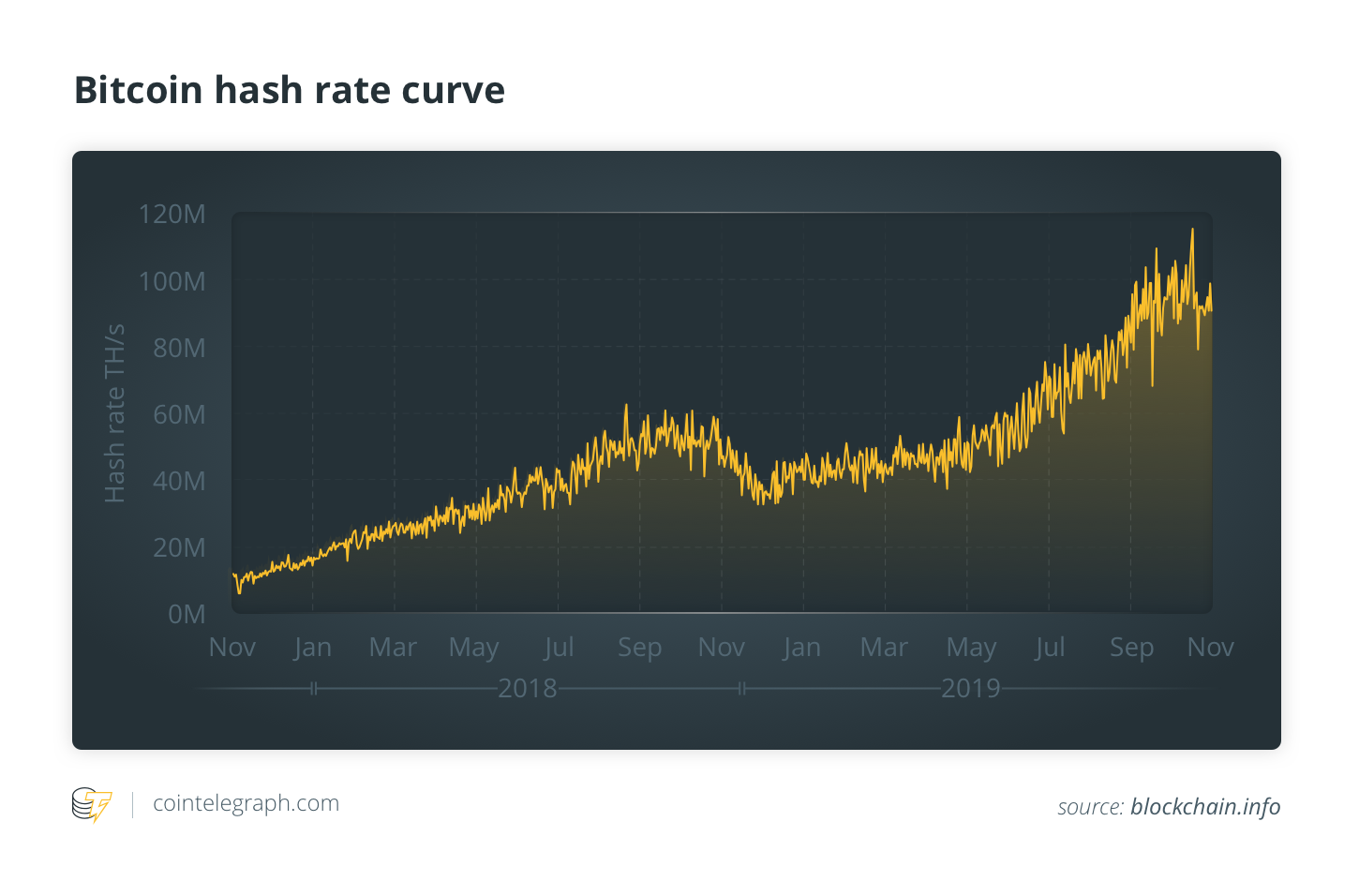 Mining is often a double-edged sword. In a bull market, profitability can be immense, with the limit set as high as BTC is willing to go. Contrastingly, a bear market, as depicted throughout 2018, can offer disastrous consequences. Bitcoin’s volatility is both a curse and a blessing — for Edwards the latter is more accurate:

“Bitcoin is still very much in its infancy as a currency and asset class, having only been created just over 10 years ago. This makes it challenging to value. Volatility creates interesting opportunities in the short-term, but we expect this to reduce significantly in the coming years.”

As to whether Bitcoin’s volatility impacts mining profitability, Philip Salter, head of mining operations at Genesis mining, provided a temperate response to Cointelegraph: “Yes and no. Volatility means uncertainty but it’s possible to eliminate most risks by planning well and analyzing the market.”

Not everyone made it out of the bear market unscathed. Bitmain, for example, was hit hard. Despite accruing record profits from 2017 into early 2018, the mining firm had to cut 50% of its workforce and close multiple offices to keep its head above water. Shortly after Bitcoin’s hash rate lull in November, both network power and price regained, signalling a distinct sign of miners re-entering the space.

Related: The Dangers of Mining Pools: Centralization and Security Issues

As of right now, mining profitability for some seems to be reasonably stable, even in the wake of a protracted bear cycle. Edwards confirmed this, noting that mining this year has been reasonably fruitful, “We have found Bitcoin mining to be very profitable in 2019 and are expecting this to continue into 2020.”

While things may be golden for larger mining firms, smaller mining outfits are likely not faring quite as well. According to bitinfocharts, overall mining profitability has shrunk by 64% from its peak back in June. This is likely a direct result of increasing mining difficulty, which is up 85% for the same time frame.

Clearly, with hash rate on the rise, the accelerating difficulty is pricing retail miners out. Edwards highlighted this occurrence, noting the several market advantages mining firms have over smaller operations, “It is becoming extremely difficult for individuals and small miners to remain profitable, as the system currently favour large-scale mining.” Salter also agrees with the sentiment:

“Small miners usually don’t get industrial power rates and generally don’t benefit from economies of scale like large players do. Depending on the local conditions, it’s still possible to make money as a small scale miner, but we can expect to see larger operations to take over more and more market share.”

On Oct. 18, 2019, the 18 millionth Bitcoin was hashed into existence, leaving only 3 million BTC left to mine of its 21 million cap. But what does this mean for mining profitability?

Contrary to common sense, the fact that Bitcoin is 85% mined doesn’t actually impact miners whatsoever — not directly at least. While 15% doesn’t seem like much, due to the quasi-monetary policy instilled by Bitcoin creator Satoshi Nakamoto, the remaining BTC could take more than 100 years to yield, and it’s all thanks to the Bitcoin halving.

As its name suggests, the reward for mining a single block is cut in half for every 210,000 blocks mined. This has the effect of staving off hyperinflation by keeping the circulating supply under control.

While the idea of halving is a stroke of genius when it comes to supply and demand economics, the effect on miners isn’t so rosy. As the reward halves, so too will miner profits — that is, unless Bitcoin’s price meets some lofty expectations.

For Edwards, these expectations are bound to be met based on past events, explaining, “Increased scarcity caused by a halving has been a catalyst for a BTC price increase.” However, there are also many other factors at play. He also opined that the least efficient miners, some of whom could still be running five-year-old S9 Antminers, will eventually be priced out of the market.

Salters suggests that the only way Bitcoin mining could ever become “unsustainable” is if Bitcoin itself becomes worthless. Although, he hastens to add that due to the decentralized nature of the token, this risk is close to zero. As for Bitcoin nearing its total market cap, Salter notes that transaction fees multiplied by the growing number of transactions will compensate for the lower returns form verifying blocks, adding:

“The mining revenue is dependent on the number of coins mined multiplied with the Bitcoin price. So those two factors need to be looked at together to reach any conclusion.”

The endgame is near?

Profitability is, of course, subjective, based on multiple wide-ranging variables. However, for many retail miners, reward halving coinciding without a significant price rise will have debilitating consequences.

If, for example, Bitcoin’s price stays relatively stable or drops before May 2020, many retail investors will be forced out. This will leave only the largest mining firms and pools left to compete, inevitably risking the centralization of Bitcoin.

Nonetheless, thanks to Satoshi’s brilliant design, not all is lost. A mass exodus of retail miners would undoubtedly trigger a difficulty recalibration, allowing smaller outfits a route back to profitability. However, as Edwards notes, this won’t last forever, and miners will be forced to turn to a new form of incentive:

“Over time, the market will exclude the least efficient miners and the diminishing mining block rewards will slowly be replaced by fees collected from user transactions.”

So it seems that in spite of fate’s best efforts to ensure the contrary, mining will live on, and the industry will continue to turn a fair profit. As for retail miners, however, their days appear to be numbered.

As Bitcoin firms add to their arsenal, it seems there’s no stopping the BTC mining industry. But is it still profitable in 2019?