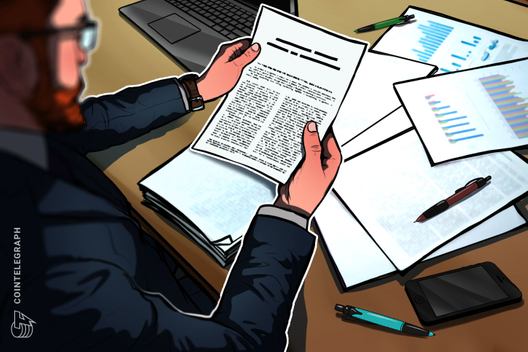 Czech central bank: only we can issue “coins”

Bitcoin (BTC) friendly Czech crypto-anarchist movement Paralelní Polis has received a warning from the country’s central bank for issuing its own coins.

As representatives reported on Twitter on Nov. 3, the Czech National Bank (CNB) has objected to Paralelní Polis using the term “coin” to describe commemorative silver tokens it is currently minting.

In 2018, a new law appeared giving sole rights to the word “coin” to the CNB.

“Czech National Bank sent us an official threat that if we continue to use the word ‘Mince’ (‘Coin’) on our site, we will be fined. The bank claims to have a #Monopoly on the word,” the Twitter post reads.

“We’re calling the coin a coin,” he summarized.

Government falls out of love with crypto

Since 2014, Paralelní Polis has become a well-known Bitcoin entity in the Czech capital, Prague, and includes facilities such as a cafe that accepts BTC payments.

The silver coins are among the collective’s latest projects and include a nominal value of 0.01 BTC ($92) via a partnership with physical currency startup BitNotes.

Each coin has the image of one of three figures who are significant in both the Bitcoin space and beyond: Ross Ulbricht, Julian Assange and Aaron Swartz.

“With this project, we wanted to pay homage to people who rebelled against the system and whose work significantly contributed to internet freedom,” a blog post about the project explains.

As Cointelegraph reported, the Czech Republic has opted for a more conservative approach to cryptocurrency freedoms. In August, authorities chose to implement tougher regulations than those required by the European Union.

Under the new requirements, cryptocurrency businesses who do not register their activities could face a fine of up to around $20,000. Czech central bank: only we can issue “coins”