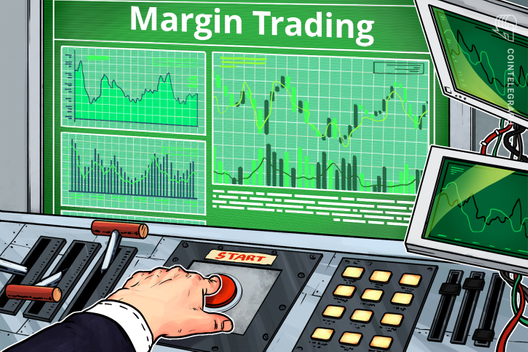 Non-custodial decentralized exchange (DEX) Dolomite announced that on Nov. 4 it will add a margin trading with stop-loss orders.

The company explained in a press release shared with Cointelegraph that — while its current exchange is based on the Loopring protocol — its margin trading feature will be built on the dYdX protocol.

“Dolomite will also be one of the first decentralized exchanges to offer leveraged limit order trades, allowing a leveraged trade to fill only at a certain price. Dolomite is building off of the dYdX margin lending protocol, giving it access to over $30 million in lending liquidity.”

Dolomite co-founder and CEO Corey Caplan explained in an exclusive comment to Cointelegraph that dYdX protocol allows the platform to “seamlessly work with any exchange to open and close positions” and is designed in a modular fashion. He said that this brings several advantages to platforms make use of it:

“This allows Dolomite to capture the trade volume from users opening/closing positions. Users are also able to maintain a lower collateralization in comparison with other margin lending protocols, so users can trade with more leverage.”

Caplan also claimed that his platform is the first one to integrate with dYdX. Lastly, he explained that the opportunity to feature limit orders on the DEX arose thanks to the modular design of the protocol in question:

“Dolomite is also uniquely offering Margin Protection which is a stop-loss function that will close your positions on Dolomite before they are liquidated by dYdX. This saves users from losing the entirety of their margin deposit when they open a position. We were only able to add this feature in because of the modularity of their protocol.”

Given the apparent relationship between dXdY and decentralized stablecoin DAI (and the decentralized autonomous organization behind it MakerDAO), Cointelegraph asked Caplan to illustrate the details of this collaboration. He admitted that he does not know the details, but the two systems are working together:

“We’re unsure of their relationship. However it’s likely good considering they are one of the biggest lending protocols surrounding DAI in the ecosystem. DAI is also central to dYdX’s lending liquidity and trade volume.”

As Cointelegraph reported in late October, entrepreneur and crypto advocate John McAfee has argued for the importance of stablecoins for DEX adoption.