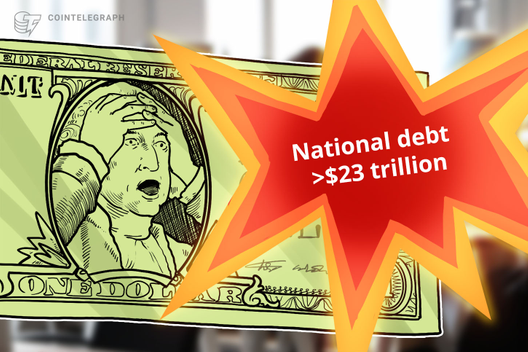 The United States’ national debt per citizen is now nearly $70,000 for a total of over $23 trillion

The United States national debt is now over $23 trillion, according to website U.S Debt Clock.

It is also worth noting that the debt per United States citizen is $69,724 and that the debt to gross domestic product ratio is 106.65%.

The milestone has been pointed out on Nov. 1 by Bitcoin advocate Twitter personality Rhythm, who also said that every dollar of U.S. national debt is, in fact, a reason to buy Bitcoin (BTC). Another user presented another interesting take adding:

“All fiat money will die”

Host of the Keiser Report and cryptocurrency entrepreneur, Max Keiser, also says that central banks are contributing to Bitcoin’s success in a recent interview with tech news outlet Hackernoon published on Nov. 1.

For instance, the impact of the U.S. Federal Reserve’s quantitative easing monetary policy on the price of Bitcoin:

“It bottomed when the Fed signaled ‘Infinite QE’ recently at around $3,300 BTC. Global Central Banking is about to go bust. […] All fiat money will die.”

As Cointelegraph recently reported, Bitcoin proponents rang the alarm bells, pointing out that since mid-September, the U.S. Fed has effectively created hundreds of billions in new money — more than Bitcoin’s entire market cap of $165B — in a just a matter of days. 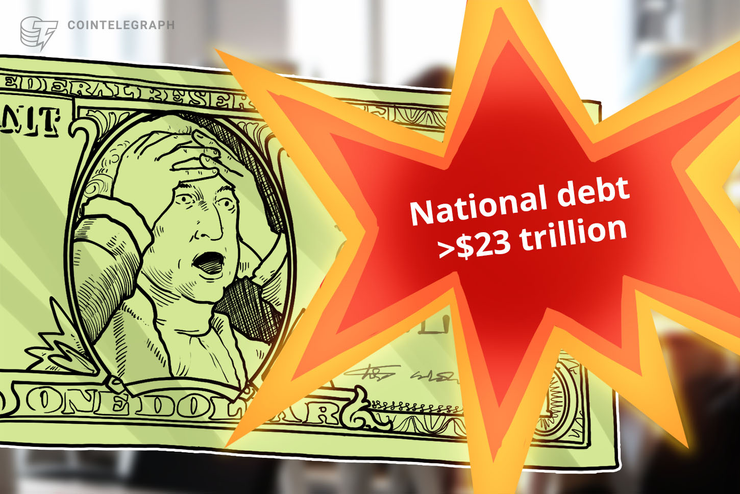 The United States’ national debt per citizen is now nearly $70,000 for a total of over $23 trillion