‘Should I Bring My Ramp?’ Tony Hawk to Speak at SF Bitcoin Conference

‘Should I Bring My Ramp?’ Tony Hawk to Speak at SF Bitcoin Conference 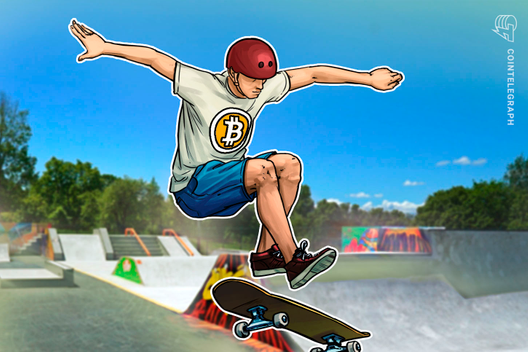 Bitcoin (BTC) has cemented Tony Hawk as one of its long-term fans as the skateboarding legend prepares to speak at a major conference.

Accepting the invitation to next year’s Bitcoin 2020 conference in San Francisco, Hawk confirmed previous statements he made about being a Bitcoin investor.

“Looking forward to it! I’ve been riding the Bitcoin transitions for over 5 years now. Which reminds me… should I bring my ramp?” he responded in a tweet on Oct. 31.

Hawk has given mixed hints about his exposure to Bitcoin. In another Twitter post earlier this year, he stated he had owned BTC since at least 2013.

“Been riding it for 6 years. Haven’t bailed yet,” he wrote.

Bitcoin 2020 aims to provide a mainstream platform for awareness of the largest cryptocurrency. Taking place at the end of March, the event this year will focus on the upcoming Bitcoin block reward halving, widely tipped to spark a protracted bull market.

The only other speaker confirmed as presenting so far is veteran cryptographer Nick Szabo.

As Cointelegraph reported, an increasing number of sporting personalities have signaled interest in cryptocurrency. In April, tennis star Serena Williams revealed she had invested in cryptocurrency exchange Coinbase.

Others, such as Dallas Mavericks owner Mark Cuban, have held a more controversial stance; last month, Cuban claimed he would sooner own bananas than BTC.