The People’s Bank of China, the country’s central bank, has introduced a new system for certifying 11 types of fintech hardware and software

China’s central bank, the People’s Bank of China (PBoC), will use a new system to certify 11 types of fintech hardware and software products relating to digital payments.

On Oct. 29, the PBoC alongside China’s market regulator, the State Ad­min­is­tra­tion for Mar­ket Reg­u­la­tion (SAMR), jointly released a set of documents for the new nationwide Certification of Fintech Products (CFP) system. The documents include definitions of fintech products that require certification as well as rules for its proceedings.

In the document titled “Fintech Product Certification Rules,” the PBoC and SAMR stated that, in order to obtain a CFP certificate from the central bank, applicants will have to pass a prototype examination as well as on-site inspections.

The certificate is valid for 3 years and requires a renewal after the expiration date, the authorities noted. During the validity period, CFP bearers will have to pass random inspections at any stage of the production process, the document says.

Additionally, CFP carriers will be prohibited from using certification for advertising purposes, while incorporation of the certificate to their logo is authorized.

The new announcement of China’s central bank comes just a month after the bank publicly denied reports that its central bank digital currency (CBDC), a digital renminbi, was about to launch. On Sept. 24, the PBoC claimed that the financial institution needs time for research, revealing that there is no specific timetable for the CBDC launch.

On Oct. 28, China recorded a sharp growth of interest in blockchain technology after President Xi Jinping called for faster adoption of blockchain tech. Earlier today, Cointelegraph reported that the Guangzhou government formed a new $140 million subsidy fund in order to encourage the development of blockchain initiatives. 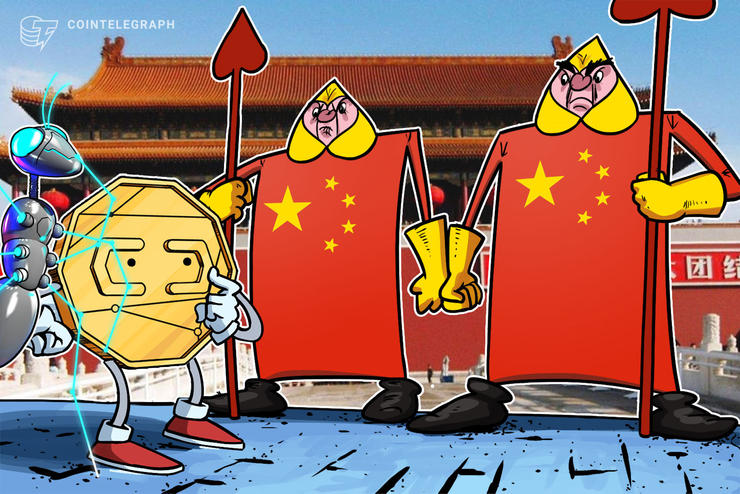 The People’s Bank of China, the country’s central bank, has introduced a new system for certifying 11 types of fintech hardware and software