China Is Pushing Blockchain Adoption, Seizing the Momentum From US

China Is Pushing Blockchain Adoption, Seizing the Momentum From US 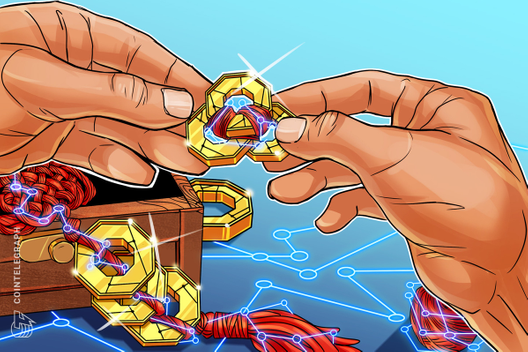 In the wake of China’s recent decision to push blockchain adoption across its borders, industry experts speak out

Recently, the National People’s Congress in China cleared a new law that will allow local authorities to start regulating all of the country’s cryptography-related activities starting from Jan. 1, 2020. By creating a new regulatory framework, the Chinese government is looking to establish a uniform standard for mainstream application of cryptographic techniques and the management of passwords and other sensitive data.

The initial proposal for the law was published all the way back in May. At the time, the rough draft focused quite strongly on government-centralized password management and did not mention crypto-related matters in detail, although, it is believed that this very law will be used by Chinese officials to govern their upcoming national CBDC (Central Bank Digital Currency) — even though there is no official timetable for the launch.

Additionally, on Oct. 24, President Xi Jinping called on his country’s tech community to accelerate their efforts in blockchain adoption as a core for digital innovation. These comments were made during a Politburo Committee session that was focused solely on blockchain technology and its utility across various industrial domains. A translation of Xi’s remarks during the session reads:

However, Xi’s apparent willingness to adopt blockchain comes against the backdrop of China’s long-standing aversion to cryptocurrencies — with the nation having banned initial coin offerings (ICOs) as well as all activities relating to digital currency trading a couple of years back.

What does this mean for the global crypto community?

To get a better understanding of the fallout from these developments, Cointelegraph reached out to Daniel Popa, the founder and CEO of Anchor — a crypto-based platform that aims to solve transparency and liquidity issues. He told Cointelegraph:

“President Xi Jinping recognizes the inevitability of blockchain technology integration across industry verticals and wisely seeks to place China in a leadership position when it comes to the development, application, and regulation of cryptocurrencies and blockchain-based products.“

Similarly, Alexey Ermakov, the CEO of crypto-centric banking service Aximetria, believes that while the United States and Europe are actively resisting crypto-backed innovations, other countries have begun to realize the potential behind the technology. Ermakov told Cointelegraph:

“We reach a completely different geopolitical level when competition arises not between companies and state regulators, but between global leaders, as we see with the latest announcement by China’s President Xi Jinping who wants to take a leading position in the blockchain industry. The competition between political leaders in the fintech industry will sparkle with completely new colors, benefiting all those states that contribute to development, and not resist it.”

Further expounding his views on the subject, Ermakov believes that Switzerland, a country that has created the most hospitable framework for fintech startups and actively leads matters related to crypto regulation, will most likely be one of the first states to benefit as adoption continues to increase.

What exactly does the new law entail?

As mentioned previously, China’s newly passed law does not deal exclusively with cryptocurrencies but rather discusses a host of specialized concepts related to cryptography. Simply put, the law deals with three core tenets:

— Core and Common Cryptography: This relates to matters associated with cryptographic tools and systems that are designed to protect state secrets and other state-significant objects of informational interaction.

— Commercial Cryptography: This aspect covers matters related to cryptographic systems that are meant to be used for protecting commercial information.

— Legal Liability: This aspect of the new legislation seeks to determine and define the responsibility that arises in cases where an intentional or unintentional use of a commercial cryptographic product or service (that has not been verified) is discovered.

In regards to the matter, Ermakov pointed out to Cointelegraph that the Chinese government’s approach is basically that each crypto token or coin will have to rely on a cryptographic system that is certified by a sanctioned regulatory body.

He suggested that in the worst-case scenario, the setup might be a hierarchical one, where the highest certification authority will consist of preselected Chinese officials — which basically means that at any time, any token could be confiscated by the government.

Does China’s upcoming CBDC pose a threat to the U.S. dollar?

Over the past month, Facebook Founder and CEO Mark Zuckerberg has been reiterating that the launch of China’s much-talked-about CBDC will spur the country’s superiority across the digital currency landscape and put the United States dollar at risk. On the subject, Zuckerberg was quoted as saying:

“China is moving quickly to launch a similar idea in the coming months. We can’t sit here and assume that because America is today the leader that it will always get to be the leader if we don’t innovate.”

However, the Facebook CEO’s comments have largely been viewed by the global crypto community as being a ploy to push his company’s very own stable coin offering — Libra. Andrew Rossow, attorney and cybersecurity professor told Cointelegraph that Facebook already has a full plate of issues when it comes to security measures and data collection methods, and therefore assessing whether the allegations are supported by documented fact is extremely difficult.

“By not allowing one group to control or arbitrarily change the rules, decentralized cryptocurrencies and applications provide a powerful tool for checks and balances, to protect the system from malicious actions.”

Additionally, according to Ermakov, there are many groups currently vying to consolidate their control over blockchain — something that goes against the very essence of what the technology stands for.

Related: What Role Should Central Banks Have Launching Stablecoins Like Libra?

Popa also feels that a Chinese cryptocurrency (or even Libra) would not have enough power to greatly affect the U.S. dollar or any other sovereign currency for the simple reason that neither are likely to offer any superior advantages in terms of stability, preservation of purchasing power, or as a hedge against volatility.

That said, Popa believes that China fully realizes that many of the world’s top economies are currently engaged in a “currency race” akin to the U.S. vs. Russia space race during the 1960s. In this regard, he added:

“The world power that succeeds in adopting a stable digital currency that is easy to exchange across borders and can be used as a value peg for other currencies will lead the 21st-century global economy.”

However, Brian Young, CEO of Cuvia Labs blockchain platform, is of the mindset that a Chinese cryptocurrency issued by its central bank could pose a credible threat to the reserve currency status currently enjoyed by the U.S. dollar.

He told Cointelegraph that this is a Sputnik moment for the Federal Reserve, since China seems to have a substantial lead and has the necessary governmental control to ensure widespread adoption. Edwards then added that the U.S. needs to fast-track the launch of Libra or the consequences will be catastrophic:

“This should be followed by the creation and issuance of sensible regulations and compliance requirements to allow US entrepreneurs and investors to engage with regulatory certainty. Finally, the Fed should layout a clear roadmap to the crypto-USD. A roadmap would create FUD in the market and slow down the competition.”

After Xi made his pro-blockchain comments, the crypto market lit up as the price of Bitcoin soared by just over 25%, reaching close to the $10,000 mark.

Felix Shipkevich, an attorney and principal of Shipkevich PLLC, told Cointelegraph that Xi’s sudden support for blockchain technology is logical, given the imminent launch of the digital yuan:

“This statement is a positive one, as blockchain has the power to change how currency and even society functions, providing an anonymous, peer-to-peer, highly accountable transaction, while it is decidedly counterintuitive coming from China.”

However, the fact still stands that the crux of cryptocurrencies is the idea that they are free from government control. By creating a digital yuan and passing the new law, it seems as though China’s current goal involves further modernization and getting ahead of the blockchain/cryptocurrency curve while laying the groundwork for future economic success. 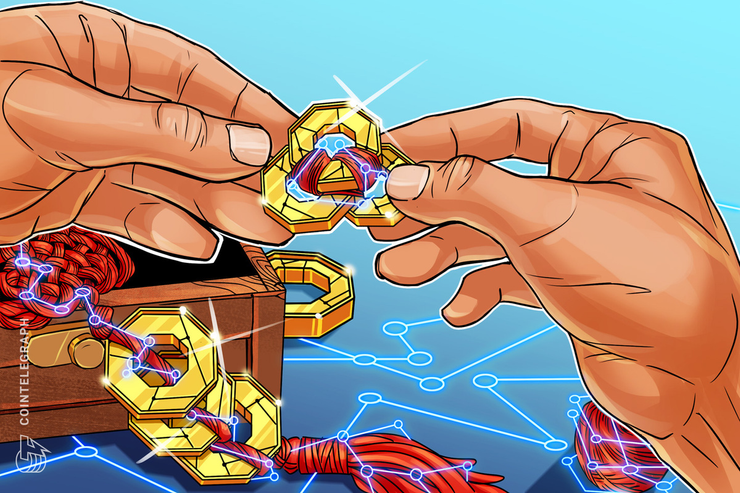 In the wake of China’s recent decision to push blockchain adoption across its borders, industry experts speak out