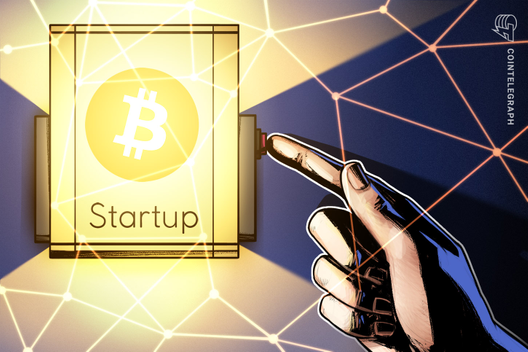 A German startup is attempting to list a Bitcoin (BTC) derivative product on the Frankfurt and Luxembourg stock exchanges.

According to German business news daily Handelsblatt on Oct. 29, the startup Iconic has filed a prospectus for regulated trading of a Bitcoin exchange-traded note (ETN), which could become available as soon as the beginning of December 2019.

Iconic said that it will issue an ETN that will offer investors exposure to the seminal cryptocurrency on a regulated marketplace. The ETN will also be issued its own International Securities Identification Number.

Handelsblatt states that, while Iconic is based in Frankfurt, the ETN will be regulated by Luxembourg’s finance watchdog, the Luxembourg Financial Supervisory Authority.

The startup will directly invest collected funds into Bitcoin, which will be purchased by major United States-based cryptocurrency exchange Coinbase. While Coinbase is headquartered in the U.S., it has expanded rapidly into other jurisdictions, including Europe, over the last year.

ETNs are seen as a gateway for crypto ETFs

ETNs are considered by some to be a “soft” version of another financial product, the exchange-traded fund (ETF). While an ETF is a security that tracks an index of funds, a commodity or a basket of assets, ETNs are backed by its issuers.

The eventual introduction of a cryptocurrency ETF is often regarded as a signal that the market has matured, as it will offer major institutional investors exposure to crypto assets. Investors have met crypto ETNs with less enthusiasm than a possible ETF.

Some experts see Bitcoin ETNs as a vanguard for other financial products involving the asset. The head of the Blockchain Center of the Frankfurt School of Finance and Management Philip Sandner said:

“Iconic has convinced both regulators and Deutsche Börse. The listing of their Bitcoin product on the Frankfurt Stock Exchange is a remarkable step […] A true Bitcoin ETF Europe is thus a significant step closer.”

Regulators, meanwhile, are skeptical of both crypto ETNs and ETFs. Earlier this month, the U.S. Securities and Exchange Commission rejected an application by Bitwise to list a Bitcoin ETF on NYSE Arca.

In the United Kingdom, the Financial Conduct Authority is mulling a ban on cryptocurrency ETNs. Coinshares, a British public exchange, recently published a letter on its website, urging its customers to fight the proposed ban.