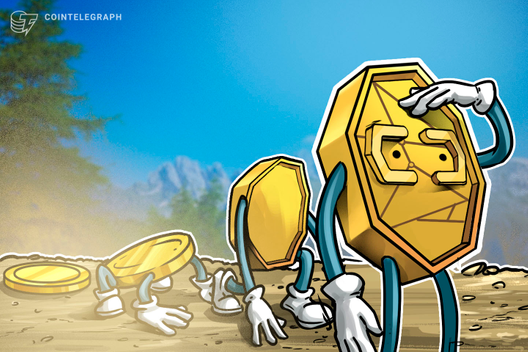 A top executive at private Swiss private banking Julius Baer says cryptocurrencies are still at the stage of a “Darwinian” process of selection.

In an interview with Arabian Business on Oct. 29, Christian Gattiker-Ericsson — Julius Baer’s chief strategist and head of research and investment solutions — argued that:

“We are still in this Darwinian selection process where different business models get tried and tested, but we haven’t seen something that was a clear winner.”

Gattiker-Ericsson had a further claim about the state of the new asset class, suggesting that many cryptocurrencies “still struggle with the fact that they have limited or plateauing supply patterns, which actually make them more like gold than a currency”.

In an apparent divergence from the decentralized ethos that spurred cryptocurrencies’ invention, he told reporters that innovators would need to be able to “transfer the trust” that is “inherent in a currency, central banks and governments” — and transpose this into “the virtual, decentralized world.”

The executive also characterized blockchain technology as a new frontier, saying that Julius Baer was exploring its possibilities and acknowledged that it will “possibly change the rules of the game.”

As Arabian Business notes, Julius Baer’s ex-CEO Bernhard Hodler had likened cryptocurrencies to gambling back during an interview back in 2018.

Yet despite Hodler’s emphasis at the time that the bank was not advising its clients to speculate in the field, Julius Baer has since made a 180 degree-turn.

This February, Julius Baer announced plans to offer clients access to digital asset services via a partnership with now-licensed Swiss crypto bank Seba Crypto. It also indicated that Julius Baer had been a minority stakeholder in Seba as of 2018.