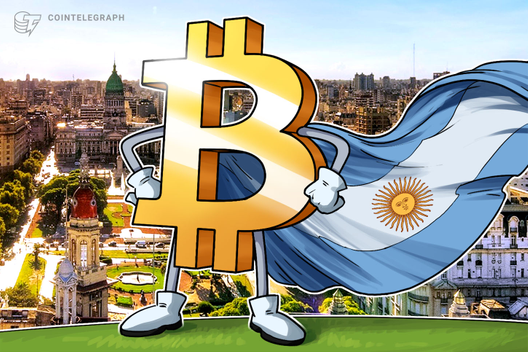 Argentina is back on the radar for Bitcoin (BTC) proponents after sudden capital controls cut U.S. dollar purchasing power by 98%.

As news outlets reported, including Cointelegraph Brasil on Oct. 28, the country’s central bank has opted to reduce the amount of dollars a saver can purchase each month from $10,000 to just $200.

A drop of 98%, the stringent new rules appeared on Sunday, the day voters elected a new president. The previous $10,000 limit itself came into being as a result of capital controls in September.

Argentina has seen the value of its fiat currency, the Argentine peso (ARS), fall dramatically this year, with annual inflation exceeding 50%.

In a statement, the Central Bank of Argentina (BCRA) said the reduced dollar access would last for two months.

“Given the current degree of uncertainty, the Board of Directors of the BCRA decided to take a series of measures this Sunday that seek to preserve the reserves of the Central Bank. The measures announced are temporary, until December 2019,” it said in a statement.

“It establishes a new limit of $200 per month for dollar purchases for individuals with a bank account and $100 for the amount of dollars that can be purchased in cash. These limits are not cumulative.”

The move came as Argentina posted its third-strongest week on record for Bitcoin trading on P2P platform Localbitcoins.

According to data from Coin Dance, for the week ending Oct. 26, accounts traded 14.15 million ARS ($240,000). It should be noted that the tally in BTC terms was not high, with the volumes highlighting the continued weakness in the peso.

Nonetheless, Bitcoin commentators were quick to point out the benefits of switching to the decentralized cryptocurrency.

“It’s not your money if you need permission to use it,” Twitter analyst Rhythm summarized on Monday.

The previous president had appeared more interested in Bitcoin’s potential. As Cointelegraph reported, Mauricio Macri met with venture capitalist Tim Draper in March, during which the pair reportedly struck a deal to adopt Bitcoin as Argentina’s currency if it performed strongly enough compared to the peso.

Since then, other capital control experiments have garnered similar reactions from Bitcoin spheres, notably the shutdown of Lebanon’s banks last week.