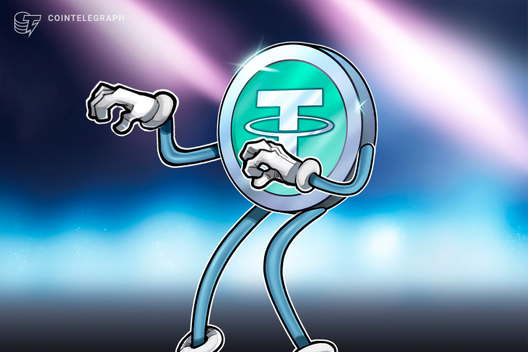 The amount of Tether (USDT) tokens issued on the Tron (TRX) blockchain now accounts for nearly 12% of all USDT tokens.

Launched in mid-April 2019, TRC20-based USDT has hit a total supply of over 490 million tokens on Oct. 25, which now makes up almost 12% of the 4.1 million Tether tokens currently in circulation, according to data on Tronscan.

Bitfinex CTO Paolo Ardoino elaborated that the transaction is a result of a chain swap from Ethereum’s ERC-20 tokens to Tron.

A chain swap is a process that moves cryptocurrencies from one blockchain to another. As Tether specified:

“This process allows traders to obtain access to the various blockchains that support the cryptocurrency that they are holding, thereby enabling the use of their digital assets on these other supporting blockchains.”

In mid-September, Tether minted 300 million USDT in a swap from the Bitcoin (BTC)-based tokenization protocol Omni to Ethereum.

Before launching TRC20-based USDT on April 16, Tron and Tether first announced their partnership for the initiative in early March 2019.