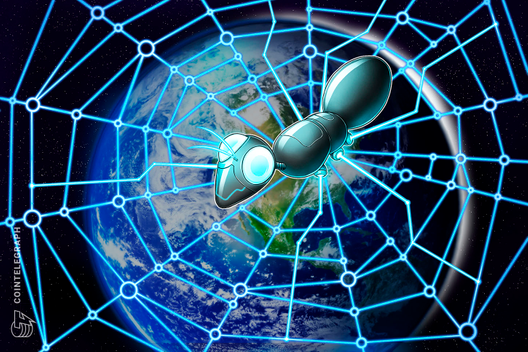 The web has arguably been the biggest driver of economic and technological innovation in the 30 years since its invention. It has not only lowered barriers to publishing information and accessing that information, it has also changed peer-to-peer communication, in all senses of the term, across the globe. It has almost entirely swallowed whole media industries — publishing, television and cinema — while completely mainstreaming the notion of e-commerce and online payments.

For most of these 30 years, the web has been able to transform the world in an almost radically open-source way. For example, the HTML source code of any web page can be easily accessed through the browser. Any user can take a “look under the hood” in a way that wouldn’t have been possible through a “skinned” web, as it appeared in its earliest versions through service providers like America Online, CompuServe or Prodigy. In its earliest days, the web rewarded those companies that drove active engagement, interactivity, decentralization and a customized experience that was a 180-degree change from the most popular medium that preceded it — the passive television.

However, there is another edge to that sword: While decentralized services won out during the web’s first growth phase, the need for that model to scale to everyone on the planet required the participation and success of a second wave of centralized gatekeepers to sustain growth. During that growth, the web has become so sufficiently complex that the ordinary user must rely on these monolithic services to interact and stay connected on the modern web, trusting that they will also safeguard and avoid abusing personal data. These new gatekeepers — companies like Amazon, Google and Netflix — have also created a new generation of passive interaction that is closer to the television model.

If you think about it, the web has become a digital version of a layered, feudal society. The new kings are the services that control large portions of the front-end or back-end of the web, like Google, Facebook, Apple, Microsoft and Amazon. Knights and barons are the enablers of these large services, like root certificate authorities and the domain name systems, controlling the leased “property” of the web.

And the rest of us? Why, we’re the serfs, of course.

Buying digital serfs with the illusion of “cheap” freedom

Like feudalism before it, which emerged as a means to bring some structure to society after the collapse of the Eastern Hemisphere’s largest empires, the congealing of the web around these powers emerged from a need to bring structured usability to the technology’s “wild west.”

Take Facebook. During its initial growth phase, Facebook presented users with a proposition that seemed to make sense at the time: Instead of building your personal website or a brand website, which required self-hosting, or relying on a limited shared hosting service, Facebook could be used to host that same content with a process only slightly more difficult than the press of a button. This model replicated throughout the web’s second decade and first half of the third decade, when the market demanded this larger scale for web production and consumption. The America Online “walled garden” approach started making a little more sense for “no fuss, no muss” content creation and hosting.

Concurrently, Amazon also figured out that, on the back end, letting people share managed virtual machine instances presented good savings all around. Today, we call that “the cloud,” though in reality, it’s not all that dispersed. Every piece of the cloud is still controlled by some landlord like Amazon or Google.

Whether it’s Amazon, Google or Facebook, users have to implicitly trust that these web overlords will do the right thing within their piece of the cloud when it comes to data security, and that they’re actually up to the task. However, on both fronts, time and time again, they have proven exactly the opposite.

But what if there was another way? What if our online identities and domains became as cheap to create and maintain as files? What if you could have an open-source social network running on your own servers without needing to trust a company in another country or state, but rather with software you installed yourself that has been signed and audited by an open-source community?

This is currently possible with federated and distributed social networks, which are automatically encrypted end-to-end with redundant servers hosting data. Under federated networks, social networking essentially becomes key sharing, with client-side applications drawing from a cloud that is hosted by many companies — not just one. Additionally, the concept of user accounts can be replaced with cryptocurrency, enforcing caps on resources.

As Russia and China clamp down on free speech, and even as the United States tries to exert its own pressure on “big tech,” it will be all the more important to have social networks that people can run off their own computers rather than relying on Facebook and Google for simple things like sharing photos and collaborating on documents. In terms of pure speed, it’s also faster to run this data on a local network instead of going through another country or state.

We still have a long way to get there, but fixing the current power imbalance with the feudal lords of today’s web will require more than just empty promises of large tech companies or the whims of government overseers that want to enable or disable those companies. It will require a new effort to return to the principles that made the web such a transformative force in the first place.

We, as a society, need to move away from the current model to one that is much more sustainable and beneficial. However, mere words have never been enough to effect change on such a large scale. There needs to be an alternative that, to everyday people, is good enough to be worth making the switch. It took the Impossible Burger for people to finally think about switching from eating factory-farmed meat. Alternative energy and electric cars had to become affordable enough for people to start switching from fossil fuels and for Wall Street to start divesting from them.

On the web, we need an open, well-designed platform to bring about this ecosystem. To some extent, WordPress has done it for static publishing — the system now powers 30% of all new websites in the world. But now we must build something for the modern web, a web where we can all participate in a free market of components that can be reused and remixed; components that enable chatting, videoconferencing, events, reservations and even payments. We must take care to design this system in a way that will distribute the technology far and wide, and give people real choice and power. We are the users of the web. Let us also act as its stakeholders and take the power back, for we all have a lot at stake.

Gregory Magarshak is the founder and CEO of QBIX, a decentralized platform for building open-source web and social apps to build communities. Gregory is an internet entrepreneur and innovator who is passionate about the power of social tools to improve people’s lives. With QBIX, Gregory has released apps to 6 million people in over 110 countries, working to decentralize social networking and enable communities to manage relationships with their own members. Gregory is not only an entrepreneur but also a trained classical pianist who has performed at Carnegie Hall and the Lincoln Center.