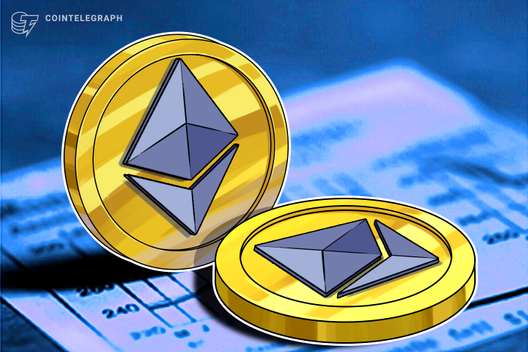 Splunk using xDai Chain to power the payments at its conference

Payments at the conference

Per a report shared with Cointelegraph on Oct. 24, conference participants have the opportunity to use a dedicated, modified version of xDai’s Burnerwallet dubbed PonyPurse. Splunk’s Head of Blockchain and DLT Nate McKervey explained in a tweet sent on Oct. 21 that over 10,000 event attendees were able to spend Buttercup Bucks (BCB):

“BCB is a digital currency running on the #Ethereum based @xdaichain. >10,000 attendees can earn and spend #BCB to buy special swag, donate to charity, and much more from their ‘Pony Purse.’”

Splunk advertises itself as “The Data-to-Everything Platform.” At press time, its market cap was just under $18 billion, according to NASDAQ. Crunchbase estimates the company’s annual revenue at $2 billion.

Interestingly, McKervey also noted that users did not need to download an app or manage private keys to interact with the system. He said:

“Most users won’t even know they are interacting with blockchain based digital tokens.”

He also explained that the BCB distribution method was rather unorthodox, with the tokens having been airdropped to 25,000 wooden poker chips. Users scanned the QR code with their phone and got hold of the value previously contained on the chip.

According to the xDAI block explorer, there are already over 22 thousand addresses involved with the tokens and over 48 thousand BCB transactions have already taken place. Lastly, McKervey said that more announcements concerning the project will come in the future:

“Everything starts with the data. I’ll share more throughout the week as we turn data into doing. I can’t show the really cool stuff until some announcements are made :)”

XDAI is a crypto asset pegged to DAI, an Ethereum-based decentralized stablecoin pegged in turn to the United States Dollar. The chain’s native xDAI tokens are created by locking DAI tokens in a smart contract on Ethereum’s blockchain. They can also be destroyed to redeem them as DAI tokens once again.

As Cointelegraph reported in January, the attendees of Ethereum hardware hackathon ETHDenver have been issued an xDAI wallet that ran on their phone’s default browser and came preloaded with a dedicated coin. Splunk using xDai Chain to power the payments at its conference