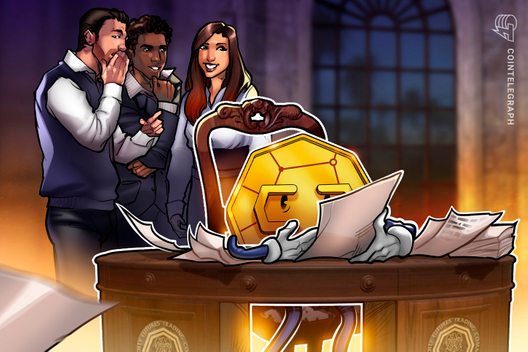 Over the past few months, Libra, Facebook’s prospective global digital currency, has stolen much of the spotlight across many areas of the cryptosphere. The field of blockchain lobbying was no exception: From Mark Zuckerberg smooth-talking powerful officials into supporting his global initiative to an expansion of the impressive roster of corporate lobbyists summoned to advocate for it, Libra has been dominating the recent coverage of government–crypto industry relationships.

Related: How Facebook Libra Is Seeking Compliance, but May Not Launch by 2020

Meanwhile, these much-publicized efforts undertaken by the social media giant are only the tip of the iceberg that is blockchain lobbying. Making the industry’s voice heard on the Capitol Hill requires daily, systematic work and immense resources, even though much of it occurs behind closed doors and rarely makes headlines.

Given that the majority of crypto businesses operate in the highly regulated sphere of finance, as well as being the overall arcane character of the digital asset field, staying in touch with lawmakers is indeed vital. As the blockchain industry matures, so too does its specialized lobbying scene, and compared to just months ago, it has undergone some noticeable changes.

Moving into the second inning

The latest wave of popular interest in blockchain-related lobbying occurred last spring, when the congressional disclosures indicated sizeable growth of both the number of lobbyists and the funds spent on their work in the first quarter of 2019 compared to the last quarter of the previous year. Even mainstream media took notice of the dynamics, with Politico calling it the “blockchain lobbying boomlet.”

At the time, Dina Ellis Rochkind, a prominent lobbyist at the law firm Paul Hastings, told the publication that, “For companies pursuing other uses of blockchain technology [than cryptocurrency], ‘we’re in inning one’ in terms of winning allies on Capitol Hill.”

Speaking to Cointelegraph in October, she noted that, overall, the industry is now past the initial stage of establishing its presence on the Hill. The field is picking up steam, but heightening activity also seems to result in increased fragmentation of interests:

“We’re not in the earliest stages we were 18 or so months ago, however we’re more in the second inning or so. Leaders have emerged, but there are now more groups than ever, many of them with competing interests, which makes it difficult for the industry to move in a unified direction.”

It also appears that the expanding interaction between legislators and blockchain actors is not a one-way street anymore. As the matters of digital finance emerge from obscurity and make their way into mainstream agendas, more lawmakers than ever are taking an interest in — or are acknowledging, at least — regulatory issues surrounding the crypto industry.

Related: Why Lobbying Growth Is a Sign That Crypto Is Maturing

Admittedly, the wave of publicity stirred by Libra’s arrival was instrumental in raising general crypto awareness among members of Congress. Kristin Smith, director of the Blockchain Association, shared her observations with Cointelegraph:

“Blockchain and crypto technology has become much more mainstream in the past year, reaching a new peak of interest with the launch of Facebook’s Libra project. Due to that rising awareness, members of Congress in particular have had to pay much closer attention to the industry.”

Overall, there is evidence that the crypto industry is stepping up its efforts to influence how policymakers consider crypto regulation. What does this work look like, and who are the main actors in the field?

Any review of the blockchain lobbying landscape would have to contend with the fact that there is neither a homogeneous set of organizations that advance their interests in a standardized fashion nor an established format of doing such work.

Some industry groups act as direct, registered lobbyists, some hire professional firms to lobby on their behalf, some focus on a broad range of concerns, while others are single-issue operations. For some, influencing specific legislation is a top priority, while others seek to educate legislators on important technical and conceptual distinctions that may help inform more nuanced policies down the line.

To complicate matters even further, some entities that are active in crypto-related lobbying are not necessarily crypto industry groups. Rather, many are representatives of adjacent or wider industries whose interests spill over into the realm of crypto. For example, the National Venture Capital Association, which is involved with the Securities and Exchange Commission over the regulation of initial coin offerings, has reportedly spent $60,000 in the first quarter of 2019 on blockchain-related lobbying.

Speaking of “crypto-native” entities, the Blockchain Association, backed by heavy-hitters such as Coinbase, Protocol Labs and Circle, launched in September 2018 to coordinate the industry’s stance on regulation. One of the group’s primary concerns has been the advancement of the Token Taxonomy Act, reintroduced in April by Rep. Warren Davidson and a group of co-sponsors, including Democrat Rep. Tulsi Gabbard, who is running for president in 2020.

“There are several members of the Blockchain Association that are active in Washington, D.C., and more companies are acknowledging the importance of engaging with Congress and the key regulatory bodies. I think it’s a natural development of a maturing industry and a recognition that we should have a voice in the important legal and regulatory conversations.”

Although the Blockchain Association comprises some of the most prominent names in the trade, it is hardly representative of the entire blockchain sector. Digital assets are far from homogeneous, and it is reasonable to expect that projects dealing with different manifestations of blockchain technology will eventually seek to establish their own outposts in D.C.

Until very recently, the Ripple-led Securing America’s Internet of Value coalition has been an example of such compartmentalization, as it could be seen as an alliance of firms reliant on permissioned distributed ledgers. However, Ripple has recently moved to join the Blockchain Association in addition to establishing an office in the U.S. capital and onboarding a group of big-name experts with regulatory experience. This development illustrates how, in the dynamic field of blockchain–government relations, convergence tendencies exist alongside fragmentation processes.

One vivid example of the centrifugal trend is the recent emergence of the Proof of Stake Alliance, conceived as a vehicle for educating regulators on the differences between various consensus protocols while articulating unique legal challenges that proof-of-stake assets present. The move seems justified, given widespread concerns over how proof-of-work systems like Bitcoin are wasteful and unsustainable, but it also adds to the increasingly cacophonous character of blockchain representation on Capitol Hill.

However, rifts exist not only along technological lines: Industry players still diverge in the degree to which they are ready and willing to engage with regulators to advance their interests. As Rochkind pointed out to Cointelegraph:

“There is still a disconnect between D.C. and West Coast where much of the innovation is occurring. Many folks are hoping that an ‘out of sight, out of mind’ approach will work. In my opinion, the best business opportunity is to work with regulators and lawmakers, even if it means added compliance costs in the short term.”

Evidently, such disparities lead to some companies’ voices being amplified in the hallways of power while others are underrepresented.

Blockchain-related lobbying is indeed a burgeoning field that grows larger and more nuanced with more interests from across the sector entering the arena. Its current shape is still far from definitive as new players emerge and alliances rearrange themselves.

Late September saw former Sen. Mark Kirk establish a group called U.S. Blockchain Advocacy Partners, which aims to “develop and implement a long-term, comprehensive, and inclusive blockchain technology plan for the U.S. government” and even register a political action committee, or PAC, as a means to that end.

Related: Can PACs Popularize Cryptocurrency Donations in US Politics?

Soon, more groups may be organized around specific technologies, protocols or governance models, seeking to educate regulators on the advantages of their solutions. While it will certainly put a strain on legislators’ attention spans, the influx of crypto-related information could actually lead to increased levels of their awareness of blockchain technology.

In turn, cooperating and organizing to represent group interests will produce a more interconnected and self-aware industry. However, uneven representation and concentration of lobbying power at the hands of the few are indeed real threats, and the blockchain industry would do well to start thinking of safeguards against them early on. 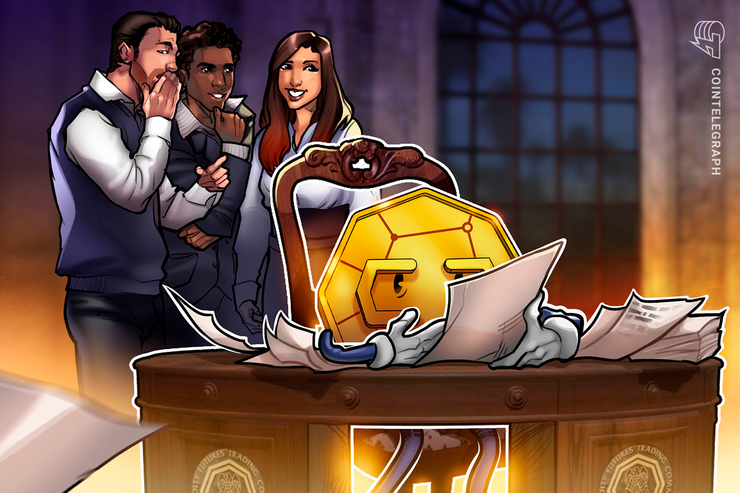