Blockchain Voting is Vulnerable to Hacking and Low-Quality Data: Research

Blockchain Voting is Vulnerable to Hacking and Low-Quality Data: Research Some major issues must be resolved before blockchain voting becomes trustworthy, according to a new study

Nir Kshetri, a professor of management at the University of North Carolina, has suggested that before blockchain-based voting can be considered safe and trustworthy, some major issues must be resolved.

In an article published on Oct. 18, Kshetri claims that “small-scale tests run so far have identified problems and vulnerabilities in the digital systems and government administrative procedures” that must be solved before adopting the technology.

Per the report, such systems need to verify voters’ identities — often by analyzing a portrait photo or video with facial recognition software. According to Kshetri, contemporary voting tokens are anonymous and cannot be used to trace anyone’s identity. He also noted that many of the previous tests involved informal ballots such as community projects and student government groups.

Kshetri also voiced concerns that “even experts don’t have a way to identify every possible irregularity in online voting.” On the other hand, he points out that paper-based voting is well-understood and easy to verify and audit.

One major issue is identity verification since various secure keys require large amounts of computing power to verify. Because of this, for instance, the initially assigned keys were found to be easy to hack during the last elections in Moscow.

Experts also fear that devices used to vote could be compromised or that facial recognition systems might make mistakes or get tricked by hackers. Lastly, proprietary systems like the one developed by blockchain voting startup Voatz do not allow to verify whether the votes were cast accurately.

Testing on a small scale

That being said, in November 2018 multiple election officials in the United States allowed members of the military stationed overseas to vote electronically. In the same month, 144 voters living abroad have been approved by West Virginia’s authorities to cast ballots from 31 different countries by means of an app developed by Voatz.

The state reportedly plans to continue and expand the trial in the 2020 presidential election. Also, 119 voters who were overseas used Voatz’s system to vote during Denver’s municipal primary elections in May.

The last — and biggest — example of blockchain voting test provided by the article is the one used at the beginning of September during the city council elections in Moscow. That being said, out of the city’s 20 electoral precincts, only three allowed users to vote via the Internet because of security concerns.

As Cointelegraph reported on Oct. 18, two state counties in the U.S. are implementing blockchain-based mobile voting in the special elections in November. 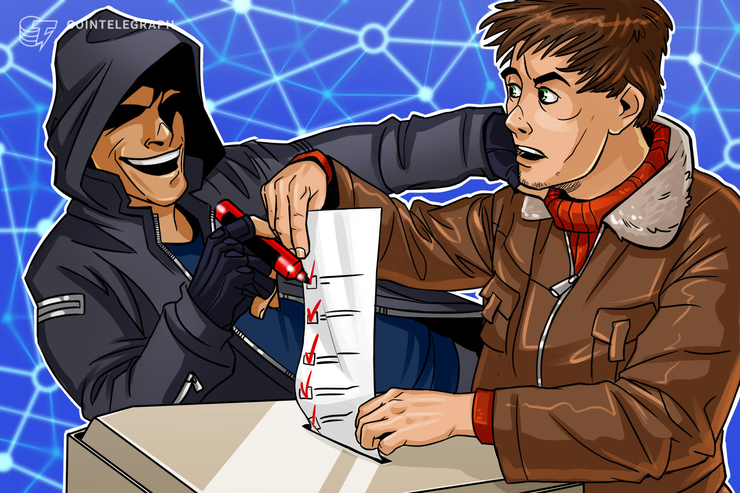 Some major issues must be resolved before blockchain voting becomes trustworthy, according to a new study