Binance DEX is preparing to list a BCH-pegged token

Changpeng Zhao (aka “CZ”), CEO and founder of major cryptocurrency exchange Binance, has proposed to list a token pegged to Bitcoin Cash (BCH) on Binance DEX, the platform’s decentralized counterpart.

According to the post published in Binance’s official “Token Issuance & Listings” section on Oct. 17, CZ proposes to “to list BCH-1FD, a pegged token that tracks the value of the native asset of the Bitcoin Cash.” The corresponding “one-sentence pitch” reads:

“BCH-1FD aims to provide a token pegged to BCH value for trading on Binance DEX. In 2017, the Bitcoin community split into two: BTC and Bitcoin Cash(BCH). BCH is a peer-to-peer electronic cash system.”

“No potential conflict of interest”

In the paragraph regarding BCH-1FD’s team size and whether some contributors are involved in other crypto projects, CZ noted that Binance will provide conversion between BCH and BCH-1FD through deposit/withdraw. As such, “there isn’t much development work in this token or any potential of conflict of interest,” Zhao concluded.

Per the proposal, users will be able to swap the token for native BCH on Binance.com. Currently, the total circulating supply of BCH-1FD amounts to 5,000 BCH, but could be increased in the future, the post states:

“BEP2 BCH is mintable, and the total supply will increase as market demands. All the issued BEP2 BCH will be backed 1:1 by native BCH sitting in a publicly disclosed reserve address that can be monitored by anyone at all times.”

As Cointelegraph reported previously, CZ had recently stated that the reasons why Binance Coin (BNB) dropped over 50% from its all-time high in June do not “make much sense.” 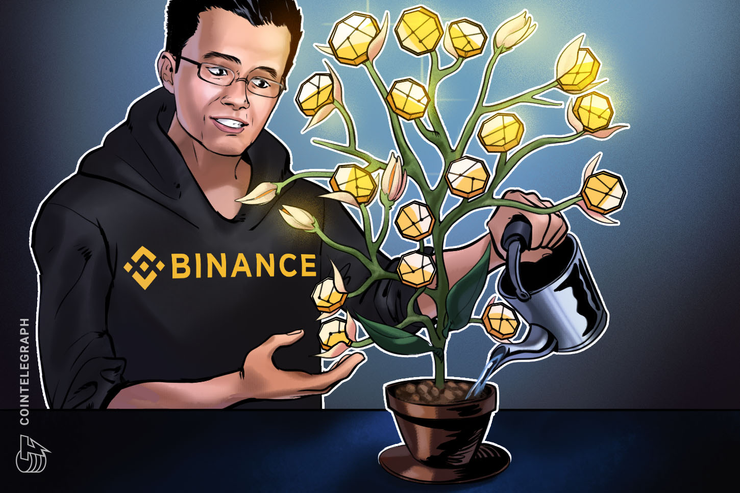 Binance DEX is preparing to list a BCH-pegged token