The United Nations Development Programme has partnered with Dutch NGO the FairChain Foundation to use blockchain for the more equitable funding of cocoa farmers.

According to an Oct. 17 report from SpringWise, the partners will launch a new chocolate bar, made with Ecuadorian-grown cocoa, together with a token-based scheme that allows consumers to contribute directly to cocoa producers.

Blockchain can “turn every product into a capitalist impact engine”

As the report outlines, each bar — being marketed as “The Other Bar” — contains a QR code within its wrapper that consumers can use to donate a blockchain token directly to farmers.

When scanned, QR code also reveals how much the farmer was paid for the cocoa used to produce their bar, as well as indicating the GPS coordinates of the cacao tree from which the cocoa for their bar was harvested.

According to SpringWire, while chocolate production represents a $92 billion global industry, farmers currently only receive 3% of the value of the cocoa used for marketed products. Many of them do not earn a living wage.

“The whole idea is to use technology to influence consumer behavior and basically turn every product into a capitalist impact engine.”

Each of the tokens in The Other Bar project is reportedly worth around one-quarter of the value of a cocoa tree. The funding raised will be used to plant new trees, with consumers able to track the impact of their donations using data recorded on the blockchain.

As reported, the UN has long been exploring multiple — largely humanitarian — use cases for blockchain technology, beginning with its use of the Ethereum blockchain to transfer coupons based on cryptocurrencies to refugees in Syria, followed by a blockchain-based digital identity system designed to combat child trafficking globally.

This July, the UN unveiled its research into blockchain solutions to foster sustainable urban development in Afghanistan.

The chief of the UN Office on Drugs and Crime Global Cybercrime Program has nonetheless recently warned that decentralized cryptocurrencies have made combating money laundering, cybercrime and terrorism financing significantly harder. 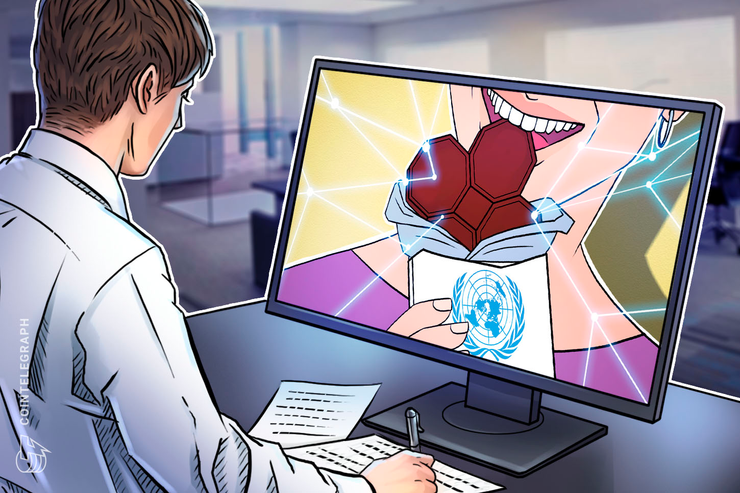