The U.S. CFTC charged a Nevada company with violations relating to an $11 million Ponzi-like scam

On Oct. 16, the CFTC announced that it was charging Circle Society and its owner, David Gilbert Saffron, with “fraudulent solicitation, misappropriation, and registration violations relating to an $11 million binary options scheme.”

According to the charges, the defendants misappropriated at least $11 million worth of Bitcoin (BTC) and U.S. dollars from individuals in the United States to “trade off-exchange binary options on foreign currencies and cryptocurrency pairs, among other things.” CFTC Chairman Heath P. Tarbert said:

“Fraudulent schemes, like that alleged in this case, not only cheat innocent people out of their hard-earned money, but they threaten to undermine the responsible development of these new and innovative markets. America must be a leader in this space, and we will only succeed if these markets have integrity.”

The defendants duped at least fourteen people into joining a pool operated by Circle Society, a fraudulent entity created by Saffron, which guaranteed up to 300% returns. Saffron is alleged to have retained the participants’ funds in his own personal cryptocurrency wallet and used them to pay new participants “in the manner of a Ponzi scheme.”

The CFTC will seek civil monetary penalties, restitution, rescission, disgorgement of ill-gotten gains, and trading and registration bans, but is aware that there might not be sufficient funds or assets to cover all the losses.

Tarbert says Ethereum is a commodity

Cointelegraph previously reported that CFTC Chairman Tarbert had said that he believes Ether (ETH) is a commodity and that ETH futures trading is becoming a reality. The CFTC previously stated that Bitcoin is a commodity, but Ether, the second-biggest cryptocurrency by market capitalization, had not been mentioned before. Tarbert explained:

“We’ve been very clear on bitcoin: bitcoin is a commodity. We haven’t said anything about ether—until now […] It is my view as chairman of the CFTC that ether is a commodity.” 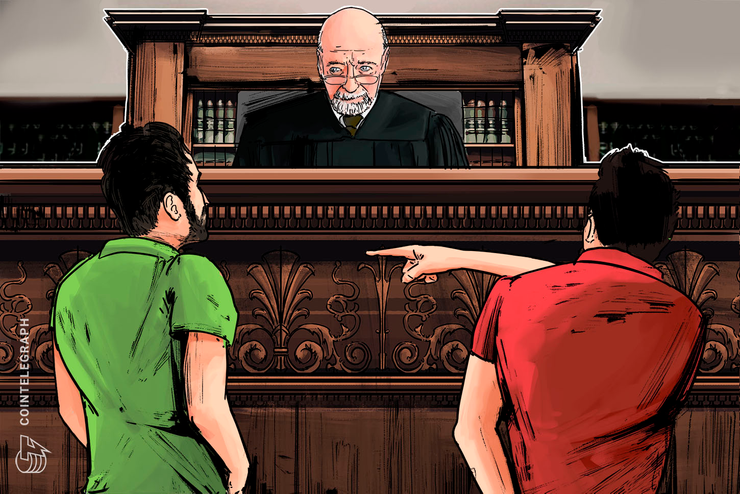 The U.S. CFTC charged a Nevada company with violations relating to an $11 million Ponzi-like scam