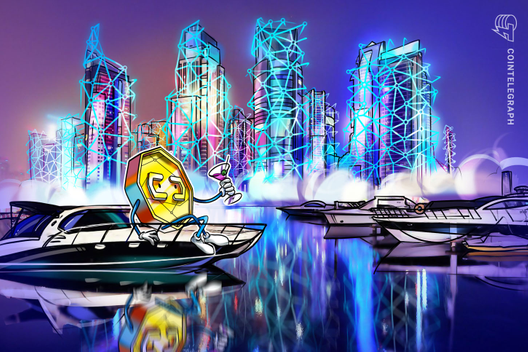 Developer of the Burj Khalifa Emaar plans to launch its tradeable reward token EMR in 2019, a new report says

Emaar, which developed the world’s tallest building, the Burj Khalifa, as well as the Dubai Mall, is planning to launch the EMR token for rewarding its customers, local publication Arabian Business reports Oct. 17.

Based on JPMorgan’s blockchain platform Quorum, EMR tokens will be redeemable not only within Emaar’s real estate network, including hotels, ecommerce operations and malls, but also can be traded with other users, the report says.

According to Arabian Business, both the blockchain platform and EMR token are expected to be released in late 2019.

First project of its kind globally

Emaar reportedly stressed that its EMR platform is the first project of its kind being launched globally, noting that its token provides real monetary value through external trading platforms. The platform for earning and redeeming the tokens is available via dedicated EMR mobile application on Android and iOS, the report notes.

Emaar chairman Mohamed Alabbar reportedly confirmed that EMR will be considered a utility token by the company. He claimed:

“We didn’t become Emaar by standing still, or by thinking small. By launching the EMR utility token ecosystem, Emaar is expanding the concept of connection. We aren’t just looking into the future — we are building it.”

As reported in March, Emaar was developing the token in partnership with Swiss blockchain startup Lykke. At the time, the firm said that it was also considering conducting an initial coin offering (ICO) in Europe within a year of the internal operational launch of the platform.

Previously, Emaar denied rumors that it enabled crypto payments for property, noting that it was only accepting fiat currencies including UAE dirhams or United States dollars. Per reports, Emaar was allegedly allowing customers to purchase property with major cryptocurrencies such as Bitcoin (BTC) and Ether (ETH). Developer of the Burj Khalifa Emaar plans to launch its tradeable reward token EMR in 2019, a new report says