Blockchain and the Classroom — How DLT Can Improve Education

Blockchain and the Classroom — How DLT Can Improve Education 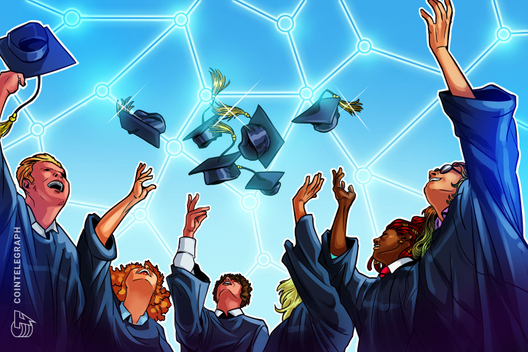 Blockchain technology has proven to be a catalyst of change across a wide variety of industries in the years since Bitcoin’s (BTC) inception in 2009. The subsequent creation of various blockchain projects and alternate cryptocurrencies has shown that blockchain technology can provide innovative changes across a broad spectrum.

The worlds of finance, logistics and even law has directly benefited from the various applications of blockchain technology. Another sector that is beginning to embrace its potential benefits is education. Educational institutions are a vital cog in the development of new technology and the industry certainly hasn’t lagged behind in terms of adoption, implementation, as well as researching and developing the applications of blockchain technology.

The power of trustless immutability

One of the cornerstones of blockchain technology is its decentralized nature. Bitcoin and Ethereum (ETH) are essentially immutable ledgers that store information and value. Their success has provided a means for individuals and institutions to store information that cannot be tampered with or removed by a third party.

The application of blockchain technology in this regard makes it a perfect candidate for record keeping, proof of ownership of intellectual property, credentials and academic records. This has well and truly come to life in 2019.

One of the best examples comes from the “blockchain island” of Malta. In a major move for both blockchain and education, the Maltese government signed a contract that would see all educational records in the country stored on a blockchain. The two-year pilot project will be carried out in partnership with software developer Learning Machine. The project intends to store all records from Malta’s educational institutions.

Learning Machine has been a pioneer in this space for some time now, having partnered with the Massachusetts Institute of Technology (MIT) in 2017 to issue digital diplomas to a select number of graduates. The pilot project allowed students to apply for, and have access to, digital versions of their respective qualifications, which are both verifiable and tamper-proof.

Related: 10 Things to Track With Blockchain

These certificates were issued using the Blockcerts open standard. The technology is based on early software created by Learning Machine and MIT Media Labs in 2016. The software allows users to create, share and verify digital records. These are stored on a blockchain and cryptographically secured. The University of Bahrain has also begun issuing diplomas and certificates using Blockcerts in January.

There are other instances of blockchain being used to store and monitor academic records. In February 2019, Sony and Fujitsu confirmed that a pilot project using blockchain technology to record course data and grades would be launched this year. The joint venture will have foreign students participate in a trial course for the Japanese Language Proficiency Test. Students will use Fujitsu’s online Fisdom platform to take the course, while Sony’s Global Education blockchain cloud services will record the examination results and course data.

The project aims to give Human Academy, a language school for foreign students and partner in the venture, the ability to cross-check data results on the blockchain with the certificates submitted by students in the program. The end goal is to give the institution the ability to accurately judge the overall language proficiency and abilities of prospective students.

A Swiss University is also looking at a blockchain solution to combat a steady rise in the prevalence of fake diplomas. In September 2019, the University of St. Gallen introduced a pilot project that would use the Ethereum blockchain to verify the validity of diplomas.

Andorra, a small country nestled in the Pyrenees mountains, has also looked to blockchain to store academic records. The country’s government announced plans to digitize national higher education results using blockchain technology in February 2019. Immutability is the main benefit cited while the technology will also reduce expenses related to the current processing and storing of academic results.

Canada’s Southern Alberta Institute of Technology has also adopted blockchain technology to provide digital copies of diplomas to the graduating class of 2019. Nearly 5000 students will have access to their blockchain-stored diplomas and be able to share these documents, thereby eliminating the need for alumni to get copies of their academic records and certificates from the institution. It also allows recruiters and employers to easily verify the authenticity of student records.

Given that blockchain technology is built and maintained by software developers, there is a need for courses on the subject. Dublin City University recently launched a Masters degree program for Distributed Ledger Technology that is aimed at IT and Computer Science professionals holding an Honors degree. The certification was developed by ICT Skillnet and Blockchain Ireland by identifying the necessary skills and knowledge required by blockchain engineers.

Earlier this year, an initiative spearheaded by two South Korean universities will see the launch of an entire Blockchain Campus powered by its own cryptocurrency.

The partnership between Yonsei University and Pohang University of Science and Technology is expected to launch by the end of 2019. According to initial reports, the campus will use a blockchain-based knowledge sharing system dubbed Engram. The platform will be powered by a rewards system with its own token called Neuron, which will be exchangeable for goods at the campus.

However, this is not the first blockchain campus. Turkey’s Bahçeşehir University opened a blockchain center at Boston’s Northeastern University to provide information on the sector at the campus. The Turkish University hopes to garner funding in the United States for its blockchain sector and attract talent in the field to the country.

In the U.S., the University of Pennsylvania recently unveiled a new course on fintech that includes modules on cryptocurrency and blockchain technology. Furthermore, a prominent venture capital firm, Andreesen Horowitz, announced plans in October 2019 to launch a school that caters to cryptocurrency-focused IT startups.

Interestingly, Andreesen Horowitz’s Crypto Startup School will be free of charge for students. The firm believes that startups have the power to drive innovation in the crypto space while helping conventional businesses find ways to use cryptocurrencies and blockchain technology.

In a unique instance, blockchain technology is also being used to manage the national enrolment of young children to kindergartens in Kazakhstan. The country requires all parents to apply for their children’s enrolment to local kindergartens, and this was primarily done on paper. The process was digitized in 2018 but was criticised for errors made with data storage.

A blockchain-based solution was then proposed and accepted, and from February 2019 onwards, this process has been handled by an automated and transparent system. This allows parents to keep track of, and make changes to, which kindergartens they prefer their children to be placed in.

The last decade has proven that blockchain technology can improve a vast number of existing processes. In the education sector, it is mainly being used to store and verify records. However, the technology could also be leveraged to improve library systems around the world, as the San Jose State University’s school of information explored.

The school proposes that blockchain technology can be used to create and manage a metadata system for libraries. This would allow peer-to-peer sharing of books, documents and information that can also be encrypted. A blockchain could easily manage access to certain material as well based on the permissions granted to certain users.

The options are potentially endless when it comes to the applications of blockchain in the education sector. Everything from attendance to record keeping can be managed by blockchains — and these are all instances that are being actively explored. 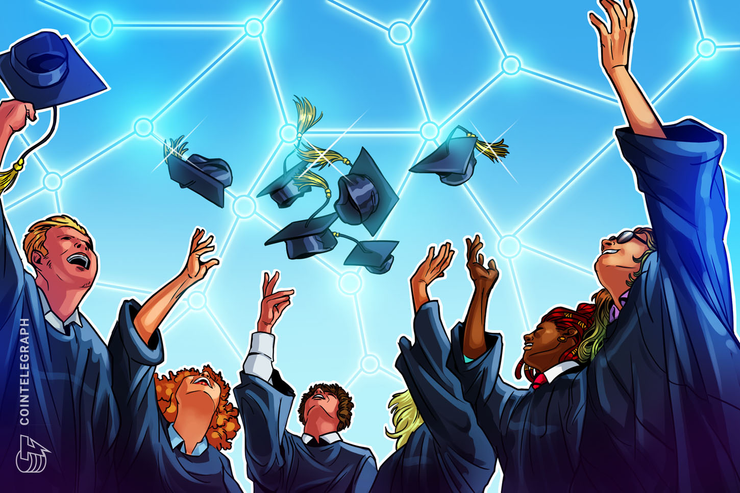