Fiat money will become inferior to gold in the event of a total collapse of the world’s financial system, one of Europe’s central banks has said.

Gold will rescue the economy from “collapse”

In comments which have caught critics of fiat by surprise, the Dutch Central Bank, known as De Nederlandse Bank (DNB), said gold would be indispensable in the event of a fiat meltdown.

Retweeted on social media on Oct. 13, a statement from the bank’s website describes gold as “the trust anchor for the financial system.”

“If the entire system collapses, the gold stock provides a collateral to start over. Gold gives confidence in the power of the central bank’s balance sheet. That gives a safe feeling,” it continues.

While it is known that central banks have begun buying up gold since the 2008 financial crisis, it is the DNB’s phrasing that has excited Bitcoin (BTC) proponents in particular.

As a form of sound money with the highest stock-to-flow ratio of any commodity, gold previously ensured the sound functioning of economies before governments uncoupled their national currencies from its backing over the last century.

Since then, as Saifedean Ammous noted in his popular book, “The Bitcoin Standard,” telltale signs of decay have plagued most countries’ economies.

Central banks, notionally in charge of fiat currencies, use interventions to manipulate their supply artificially, something which is all but impossible to do with gold due to its stock-to-flow ratio.

This championing of the precious metal’s qualities over paper money thus did not go unnoticed among Bitcoin figures.

“It’s an established central bank! Speaks to the times we live in,” Gabor Gurbacs, digital asset manager at VanEck, tweeted in response to DNB.

“I firmly believe that private/non-sovereign moneys have a place in our world. Private moneys should be allowed to compete in the free market with central bank moneys.”

“We’ve got geopolitical uncertainty, we’ve got negative rates; it’s all bullish for gold and bullish for Bitcoin,” he said in an interview on Oct. 11.

Not everyone agrees, however. As Cointelegraph reported, Apple CEO Tim Cook claimed earlier this month that only governments should control money.

He was speaking within the context of the ongoing difficulties Facebook is encountering with the release of its planned digital currency, Libra. Apple, he said, would not seek to follow its lead.

Around the same time, Germany’s finance minister likewise said that states should be in control of monetary activities.

Past utterances from the DNB meanwhile have dismissed cryptocurrencies, claiming they do not fulfill the functions of money at all. 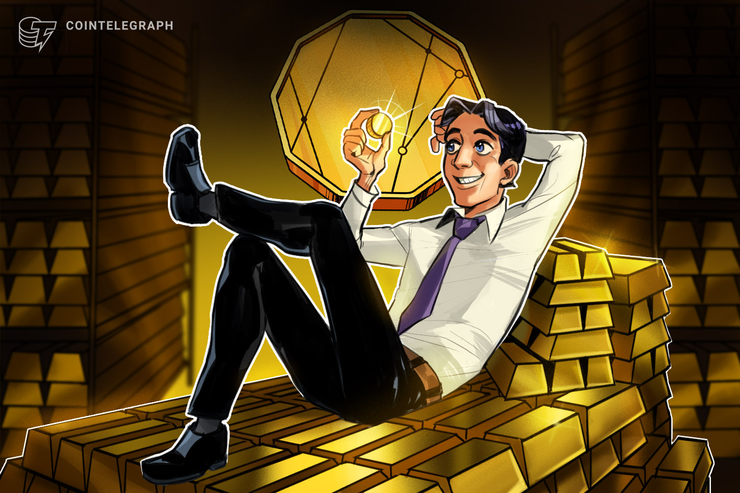