Bitcoin Price: Which Countries Have the Biggest Premiums?

Bitcoin Price: Which Countries Have the Biggest Premiums?

The Philippines and Hong Kong are the most affected by crypto price premiums. Here is the full list

Up until early 2018, major cryptocurrency markets the likes of South Korea and Japan demonstrated high premiums for Bitcoin. At the 2017 peak, when the Bitcoin price was trading at around $20,000 in the U.S. spot market, Bitcoin was being traded in South Korea’s cryptocurrency exchange market for around 26,000,000 Korean won, equivalent to about $22,000. This difference is now known as the Kimchi premium.

Since then, starting with the introduction of various regulatory frameworks by South Korea to reduce regional premiums that included the prohibition of trading cryptocurrencies with foreigners in the local market, premiums in major markets have declined substantially.

Still, due to the lack of supply and the relatively high demand in some markets, Bitcoin is being traded at a premium in certain regions — some higher than most.

Following the prohibition of cryptocurrency trading by the People’s Bank of China, local banks in China were ordered not to work with local Bitcoin exchanges to prevent individuals and businesses from trading digital assets. Over time, the government of China also ordered payment processors such as AliPay to stop processing Bitcoin exchange-related transactions, according to report form Chinese blockchain publication 8BTC.

But reportedly, individual investors have continued to invest in Bitcoin after the ban. The imposition of a ban on cryptocurrency trading by China forced investors to move over to neighboring countries like Hong Kong, essentially initiating trades in a peer-to-peer manner.

On the over-the-counter (OTC) trading platform of OKEx, for instance, investors can trade Bitcoin using Tether (USDT), a stablecoin backed by the U.S. dollar, and then sell the USDT for the Hong Kong dollar. The premium on Bitcoin emerges when investors exchange USDT that they use to buy or sell Bitcoin for HKD, similar to most peer-to-peer OTC markets. On OKEx, USDT is being traded at around $1.02 to $1.04, which indicates a premium ranging from 2% to 4%.

Most fiat-to-crypto exchanges in Japan and South Korea more or less follow the price trend of the U.S. spot market for Bitcoin. On Upbit and Bithumb, two of the biggest cryptocurrency exchanges in South Korea, Bitcoin is being traded at 9,900,000 Korean won, equivalent to $8,365. On Coinbase, Gemini and Kraken, Bitcoin’s price, as of Oct. 12, 2019, is hovering at around $8,345, indicating a slight premium of less than 0.25%.

While South Korea remains a relatively small market in comparison to Japan, the U.S. and Hong Kong, the prohibition on foreigners trading cryptocurrencies has eliminated a large portion of the demand for cryptocurrencies. In the 2017 bull market, the majority of large-scale trades in the South Korean market are said to have come from Japanese and Chinese investors and miners, decreasing the supply of exchanges.

The Japanese exchange market is also showing a slight premium of 0.2% and has seen most of its premium decline in the past two years. For spot or brokerage buys, which involve a direct wire transfer or a transaction through a payment processor directly to the exchange, there is a premium of 3.59%. On BitFlyer’s brokerage, the price for Bitcoin buys is estimated to be 936,621 Japanese yen, which is equivalent to $8,635 — nearly $300 higher than the global average spot price.

Thailand had a dominant spot exchange called BX Thailand, but the local Securities and Exchange Commission (SEC)-approved exchange shut down on Sept. 30, citing a low level of volume. The closure of popular exchanges could result in a larger price discrepancy in the short term as volumes shift to brokerages. However, over the long term, the gap should close.

On exchanges that have been operating for years in South America, the price of Bitcoin closely matches that of the U.S. spot market, even on brokerages that have fixed buy and sell prices. On ChileBit, the Bitcoin price is being traded at around $8,374, with a 0.34% premium and on FoxBit in Brazil, the Bitcoin price is trading at $8,440, with a 1% premium. The premium of brokerages and spot exchanges in South America in general — with the exception of a few countries such as Venezuela — is close to zero.

The low premium may indicate a low demand from local investors as Chile, Brazil and other bigger markets in South America are not known to have large-scale mining centers that provide liquidity to the global Bitcoin exchange market.

Unique markets: GBTC in the U.S., Venezuela and LocalBitcoins

The Bitcoin Investment Trust (GBTC), for instance, which oversees close to $2 billion in assets and enables institutional and accredited investors to invest in Bitcoin through a regulated OTC exchange in the U.S., has a share price of $9.81. Each share of GBTC represents 0.00097368 BTC, which would imply that around 1,200 shares are equivalent to the price of 1 Bitcoin.

Based on the $9.81 share price of GBTC, each Bitcoin bought through the Bitcoin Investment Trust would be worth more than $10,000. Based on the current price of Bitcoin at $8,300, GBTC indicates a premium of over 20%.

Investors pay higher premiums for products like GBTC and exchange-traded products (ETPs) because they rely on third parties to secure their Bitcoin holdings. In recent months, GBTC has been trying to enable users to invest in Bitcoin at face value without the substantial premium by operating a private placement window. Whether this will decrease the premium of GBTC remains uncertain. 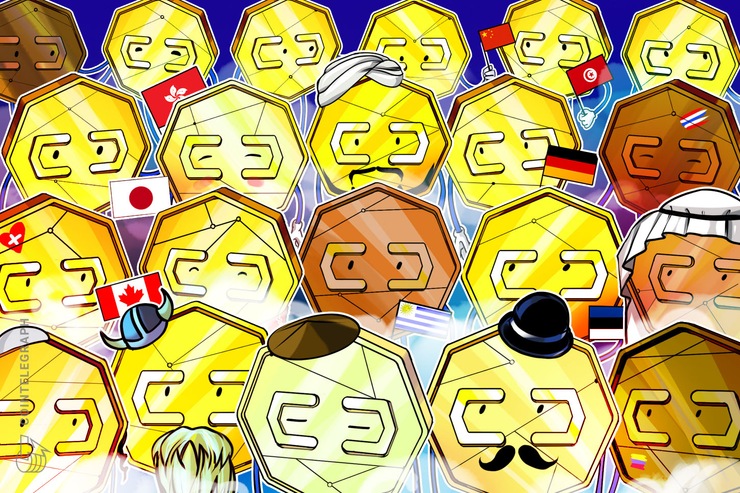 The Philippines and Hong Kong are the most affected by crypto price premiums. Here is the full list