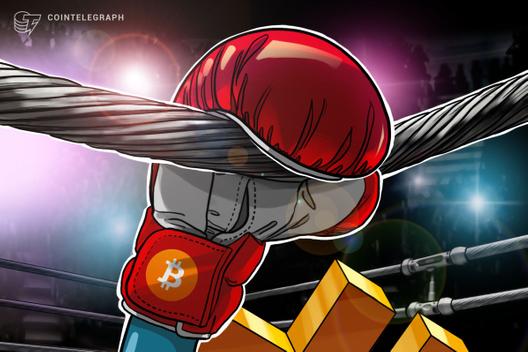 After rejection from the $8,800 level, Bitcoin has once again fallen below the 200-day moving average, possibly indicating bearish days ahead

Since its $1,700 drop on Sept. 24, Bitcoin largely has struggled to maintain its 200-day moving average (MA) as support, suffering clear rejection multiple times. The 200-day MA is commonly used as a notable benchmark regarding bullish and bearish trends for Bitcoin.

The digital asset punched through the 200-day MA earlier today, only to fall more than $400 in the hours that followed. Closing today’s candle back above the 200-day MA, currently at $8,655, would be a bullish sign for the Bitcoin. At press time, Bitcoin trades in the mid $8,300s.

Bitcoin was also unable to reach its previous zone of support which it held during the summer months of consolidation. Ranging from $9,000 to $9,500, this zone is now likely to act as resistance.

Additionally, Bitcoin’s Ichimoku Cloud is red above the price, and the Kijun (red line) is above the Tenkan (blue line), all sitting as possible future levels of resistance.

Bitcoin’s 4-hour chart is a mixed bag of signals but primarily looks to have hit a pool of supply or liquidity, followed by a swift fall in price.

At times, traders may see Bitcoin’s price hit a point slightly above a previous high or below a previous low before turning around and running in the opposite direction.

As noted on the chart, Bitcoin saw this type of price reaction on Sept. 29 when it tapped just below a previous local low of $7,738 before buyers flooded in, spiking the price in the opposite direction.

Bitcoin hosted a similar price event during today’s candle when it broke slightly above a 4-hour wick high from Sept. 24 sitting at $8,806.

Currently, Bitcoin price sits on the Kijun level, holding it as support for the time being. It should be noted that 4-hour Ichimoku Cloud levels generally are stronger on higher time frames, such as daily or weekly time frame charts. Additionally, the Tenkan crossed over the Kijun in a bullish TK cross yesterday.

Bitcoin’s stark rejection from $8,820 does not appear to be ideal for bullish days ahead. The asset also was not quite able to reach the level from which it originally broke down. A stronger market might have seen bitcoin test that mark before facing such rejection.

Additionally, Bitcoin failing to close today’s candle above the 200-day MA at $8,655 would be bearish, indicating another failed attempt to hold that significant level. Another close below the 200-day MA might signal future downside action.

At the moment, Bitcoin is fairly stable on the 4-hour chart but buyers need to step in after such a strong rejection and swift drop in price. Bitcoin price sits on a couple of levels of support, such as the 4-hour Kijun and the top of a price move made on Oct. 7.

Bitcoin also appears to be in the middle of a small uptrend, looking toward another possible move higher. Its current correction, as part of the trend, is not quite low enough to indicate a break in the lower time frame market structure.

If Bitcoin can close today’s candle above the 200-day MA, the event may serve as fuel for further upside and support.

After rejection from the $8,800 level, Bitcoin has once again fallen below the 200-day moving average, possibly indicating bearish days ahead