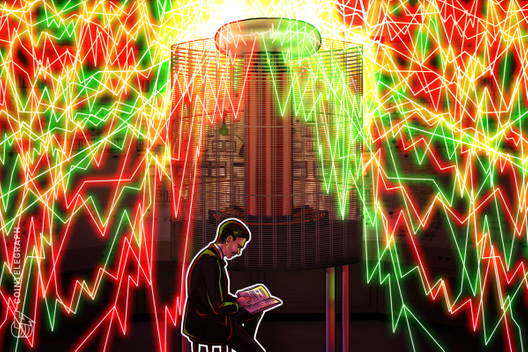 Friday, Oct. 11 — Major cryptocurrency markets have continued sliding over the day, with only three coins in the top-20 list reporting gains.

The top cryptocurrency Bitcoin (BTC) is trading at around $8,355, having lost 2% on the day at press time. The majority of the decline took place over a period of just 1 hour earlier today, when the coin slumped from $8,734 to $8,404.

Bitcoin’s recent price fluctuations are highly thought-provoking, leaving industry stakeholders much to speculate on. Metrics and predictive indices project Indexica suggested that Bitcoin’s fall is explained by a growing cryptocurrency ecosystem rather than by the coin itself. Zak Selbert, CEO at Indexica, argued:

The second-largest coin by market cap, Ether (ETH), is also suffering a slump. After losing 4.66% in 24 hours to press time, the coin is trading at around $181.86. Ether’s weekly and monthly gains remain in positive territory, at about 3.91% and 0.83% respectively.

XRP has dropped by 1.35% on the day and is trading at around $0.269 at press time. Earlier today, the coin saw an upswing to $0.275, after which it has been reporting a gradual decline over the course of the day.

Earlier today, alluding to the spate of controversies that had beset the project, Ripple CEO Brad Garlinghouse argued that Ripple’s “transparency has opened us up to attack.” Garlinghouse said there is a “bunch of misinformation” out there, but claimed that this is in part because Ripple is “ten or a hundred times more transparent than anyone in the crypto community.”

Chainlink (LINK) and Algorand (ALGO) are reporting sufficient gains over the past 24 hours, by 8.69% and 5.08% respectively. The third winner on the top-20 list is Cosmos (ATOM), which is struggling to remain in the green, having gained modest 0.88% to press time.

Total market capitalization of all digital currencies is around $224,8 billion at press time.