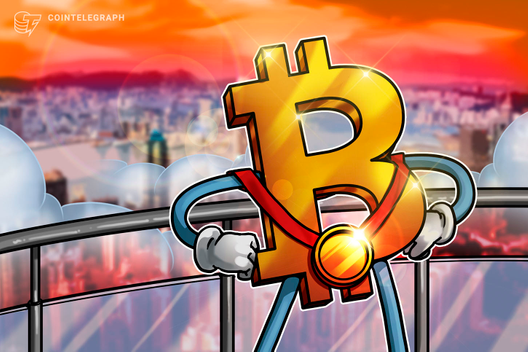 Bitcoin’s (BTC) use as a protector of wealth is coming to the fore in Hong Kong as trading volumes spike and businesses iron out problems with acceptance.

“When you’re worried about your assets being seized or becoming inaccessible to you, Bitcoin’s non-seizability becomes very attractive. This aspect of Bitcoin just became important for 1+ billion people in India & Hong Kong,” he tweeted on Oct. 6.

Pompliano was writing days after China’s 70th state anniversary protests, as big as any in the democracy movement’s 18-week history, were met with a forceful reaction from the government.

Local entities eyeing possibilities for escaping the grip of authorities had already considered Bitcoin, but it was the teething problems that hit the headlines.

As Cointelegraph reported, the Hong Kong Free Press (HKFP) had complained about payment processor BitPay failing to pass on donations to its cause.

BitPay blamed the banking system, sparking a debate about the irony of relying on fiat via third parties in order to use Bitcoin.

As of Oct. 10, however, the HKFP had resolved the issue, founder Tom Grundy revealed — by switching to open-source alternative BTCPay.

“HKFP has escaped the clutches of BitPay and… now accepts Bitcoin again via BTCPay,” he confirmed.