If Bitcoin Fails, Crypto Industry in for a Bad Time: Cardano Founder

If Bitcoin Fails, Crypto Industry in for a Bad Time: Cardano Founder Hoskinson made his remarks during an interview for the Off the Chain podcast on Oct. 10, hosted by Morgan Creek Digital Assets co-founder Anthony Pompliano.

As CEO of IOHK, Hoskinson created and launched the cryptocurrency Cardano in 2017, which uses a Proof-of-Stake (PoS) algorithm dubbed Ouroboros.

During the interview, Hoskinson reflected on Bitcoin’s origins, the parameters they set for subsequent projects, so-dubbed Bitcoin maximalism, and how Bitcoin’s future survival is intimately bound up with the fate of the entire industry.

“One of the biggest problems with Bitcoin,” he began, “is that it’s blind, deaf and dumb and that was by design.”

This was appropriate for its earliest ambitions, he said, proposing that the two core features of the Bitcoin experiment were “will Proof-of-Work evolve into a decentralized system and will the token achieve value?”

Conversely, Bitcoin was never intended “to replicate the world financial system and also be fully compliant with that system, this was not in its scope.”

Hoskinson critiqued Bitcoin Maximalists for taking Satoshi’s vision as “the gospel” and dismissing any deviation from it as wrong:

“I can’t even make pull payments with Bitcoin and that’s […] the bread and butter of most of our commercial systems.”

Maximalists should concede that Bitcoin’s not necessarily always fit-for-purpose, he said. And having to go off-chain to solve certain limitations isn’t the solution either:

“Bitcoin, frankly, is the brand of cryptocurrencies”

Hoskinson’s comments on Bitcoin’s importance for the entire cryptocurrency space spun out of a discussion of the merits of Proof-of-Work (PoW) vs. Proof-of-Stake systems, and which of the two is more likely to survive.

He made the case that PoW systems will only survive if they find a way to evolve in such a way that the work — computation — becomes useful, i.e. by monetizing excess computational capacity in order to establish a “marketplace for distributed computation.”

Currently, he argued, those who are evangelical about the need to preserve an absolutely trustless protocol ignore the fact that PoW systems always federate in reality, being determined by who has access to subsidized power, data centers and specialized ASIC miners.

Notwithstanding his vision of how the PoW space needs to evolve in order to overcome these shortcomings, he concluded with the robust acknowledgment that:

“Bitcoin frankly is the brand of cryptocurrencies. We can’t say, oh, I’m going to succeed but Bitcoin’ll fail. if Bitcoin fails, the whole industry’s probably in for a really bad time.”

As reported by Cointelegraph, Hoskinson had announced the roll-out of Cardano version 1.6 this August. 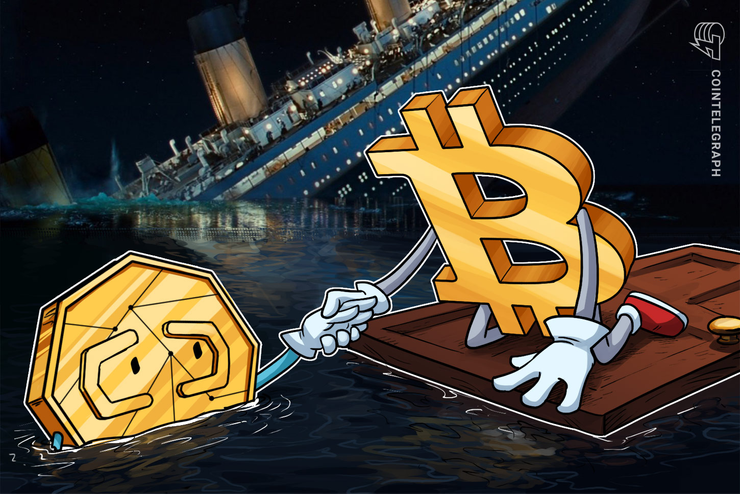