US CFTC Chairman Says Ether Is a Commodity, ETH Futures Coming Next

US CFTC Chairman Says Ether Is a Commodity, ETH Futures Coming Next 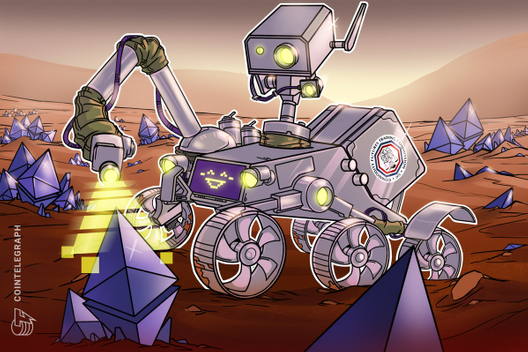 New U.S. CFTC chairman Heath Tarbert believes that Ether is a commodity and that ETH futures are next

While the CFTC has been very clear that Bitcoin is a commodity, this is reportedly the first time that the authority has provided a vision for Ether, the second-biggest cryptocurrency by market cap. Moreover, the CFTC chairman also expects Ether futures trading on U.S. markets in the near term, the report notes. Tarbert said:

“We’ve been very clear on bitcoin: bitcoin is a commodity. We haven’t said anything about ether—until now […] It is my view as chairman of the CFTC that ether is a commodity.”

According to the report, Tarbert acknowledges the existing uncertainty about the status of altcoins. However, Tarbert reportedly claimed that similar digital assets should be treated similarly.

Tarbert suggested that forked cryptocurrencies such as Bitcoin Cash (BCH) or Ethereum Classic (ETC) — those that derive from the original underlying blockchain — should be treated the same as the original asset. At the same time, the chairman noted that the status of a forked coin may alter in case if the “fork itself raises some securities law issues under that classic Howey Test.”

“It stands to reason that similarly assets should be treated similarly. If the underlying asset, the original digital asset, hasn’t been determined to be a security and is therefore a commodity, most likely the forked asset will be the same.”

CFTC in the news

In December 2018, the CFTC announced its intention to release a Request for Information (RFI) in order to acquire public comments and guidance on the Ethereum blockchain. At the time, the authority was willing to better understand the differences and similarities between Ether and the major cryptocurrency Bitcoin (BTC). New U.S. CFTC chairman Heath Tarbert believes that Ether is a commodity and that ETH futures are next