Following its settlement with the SEC, Block.One seems to have figured out that fines may simply be the cost of doing business for blockchain

On Sept. 30, the United States Securities and Exchange Commission (SEC) announced that it had reached a civil settlement with EOS parent company Block.One following an investigation into violations of the SEC’s security offering regulations.

The decision has sparked a new conversation around blockchain, and whether the sector’s apparent flaunting of regulations is brashness or simply the fact that in the worst of cases, the SEC’s teeth aren’t as sharp as initially assumed.

On the surface, a $24 million settlement is a large and eye-popping number. However, the deal’s toughness begins to unravel when considering its broader context, as the sum represents relative pennies when considering the total that Block.One was able to raise via its initial coin offering (ICO).

Moreover, it exonerates the company from having to accept blame or guilt for any of the SEC’s accusations. But is this a sign for more to come? Will the SEC become more proactive about enforcing security regulations toward crypto companies conducting initial coin or exchange offerings? Marc Boiron, a blockchain and securities attorney at Fisher Broyles, told Cointelegraph:

“Proactive crypto enforcement will countinue from the SEC and other regulators. I expect the number of settlements and cases to continue to increase. Many people are not aware of all of SEC investigations taking place in private, which will generally result in public announcements regarding settlements or court cases filed as the SEC works through those investigations.”

More than just a referendum on EOS and Block.One, however, the SEC’s settlement is arguably setting a poor precedent for regulation in the industry. Despite its tougher stance on the industry’s coin offerings and its declaration of tokens as securities, the SEC has missed a golden opportunity to follow its words with actions, to the delight of the crypto firms. Tomer Ravid, founder and CEO of BloxTax, told Cointelegraph:

“I believe that we will see future enforcement by the SEC regarding past actions by companies in the cryptocurrency space. At the end of the day, many of the ICO performed by companies were, in fact, the offering of securities. Regardless of the nature of the tokens offered the process of selling or offering these tokens is in many cases a security offering and needs to comply with all the legal requirements.”

Block.One’s EOS has been one of the darlings of the blockchain industry. The project, which created a business-oriented blockchain, has long been one of the most hyped platforms to emerge in the past few years. With an ICO that stretched out for over a year, the company managed to raise over $4 billion, making it one of the most successful blockchain offerings ever held. However, its timing was unfortunately off, with the SEC publishing its initial report on the DAO incident shortly following the launch of EOS’s ICO.

Related: Crypto in Court — Overview of the Biggest Lawsuits Worldwide

The timing of the report meant that for a large portion of 2018, Block.One continued its ICO in the same manner it had before the release. An issue arose when the sale conflicted with SEC’s conclusions drawn from the DAO report — specifically, the assertion that blockchain and distributed-ledger tokens are considered securities.

Therefore, any ICO or similar securities offering must register with the SEC or seek out a waiver to move forward. Per the SEC, Block.One did neither for an entire year following the report’s publishing. On this, Boiron noted to Cointelegraph:

“Some portion of the ICO started before the DAO Report, which the SEC uses as a gauge for the time when people should have been on alert that an ICO could violate securities laws. I also think that people who are concerned that the small settlement payment will incentivize bad behavior are ignoring the fact that at any time the SEC could seek to be more aggressive in its settlements and impose greater penalties. That possibility is enough to hold back most people from trying to get away with a token sale on the assumption that the resulting penalty will not be great.”

The SEC also alleged that Block.One failed to meet compliance standards for communicating to potential ICO investors the privileges they would be entitled to as security holders. As a result, Block.One was slapped with several charges but was able to negotiate its way into a settlement that, on the surface, seemed like a clear message to the industry but on closer inspection, seems far overblown.

Lessons learned? Maybe for the industry

In the end, the SEC seems to have fumbled on the Block.One situation, although there may be some mitigating circumstances at play. The official documentation provided by the SEC (and most likely agreed to by Block.One’s counsel) essentially accuses the company of making no tangible effort to block U.S. investors from participating in the exchange.

The problem arose initially due to this factor and could have been avoided had Block.One excluded the U.S. from its ICO. Moreover, the document alleges that despite its denials, Block.One was “conditioning the market” in advance of its ICO.

At their core, the charges by the SEC fall well-short of fraud and rather focus on a failure to comply with regulations for registering securities offerings. However, the fine also falls short in providing a real disincentive to both Block.One and the blockchain industry at large. As a financial penalty, the $24 million looks significant on paper, but amounts to less than a single percentage of Block.One’s war chest, and the company also skated by without having to accept culpability.

On the other hand, it is difficult to call the settlement a clear victory for Block.One. The light penalty was likely aided by the fact that Block.One’s failure to comply was post-facto (as the ICO started before the DAO report) and that the company was also not accused of fraud of any kind.

As the SEC begins to build its regulatory framework, however, it is likely that many more companies in the sector will come out of the process with similar settlements. This is both good and bad, but it potentially sets a concerning precedent that may create a clear incentive to — if not lie outright — simply “fail to comply” and absorb any fine that may be given out. Or does it? Duane Pozza, a partner at Wiley Rein LLP, noted in a conversation with Cointelegraph that crypto companies should not fall into this trap:

“Regardless of whether SEC enforcement goes up or down, I think you’ll see greater scrutiny of crypto projects by other agencies, particularly given recent Congressional hearings that have been very skeptical of crypto. Crypto companies will need to continue to tread carefully in dealing with DC regulators.”

Stumbling into the same set of forgiving circumstances is no guarantee. The SEC already has other companies in its sights, and the outcomes are looking mixed for the companies in question. Nebulous, for instance, settled its case for $225,000 on a $120,000 ICO (although the company had raised $3.25 million privately). Now, Kik, which raised $100 million during its ICO, is next in line.

The SEC has a complicated history with companies that break the law, and it seems the blockchain sector will be no different. The Block.One settlement was a step forward but also several to the side. In place of sending a clear message, the SEC instead chose to quietly close the book on a case that could have been a key referendum on the industry.

As a result, Block.One escaped with what can be considered less than a slap on the wrist. And if the Nebulous case is any indication, this may be the status quo for years to come. Regardless, it will be interesting to see how the SEC replies to the many observers who were hoping for stricter punishment. 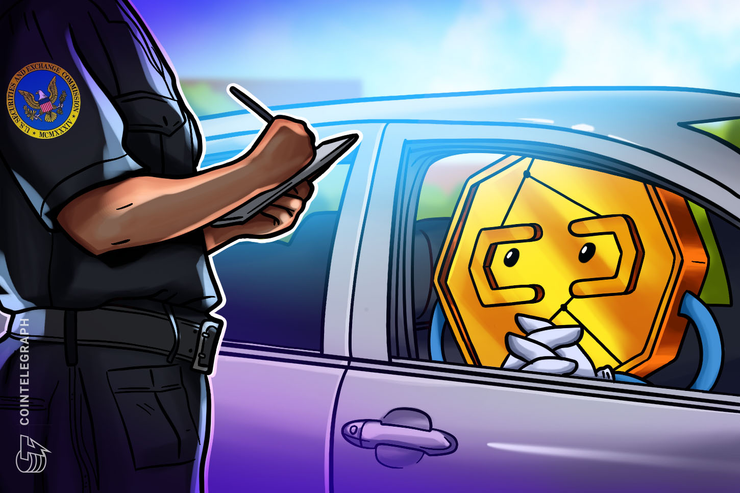 Following its settlement with the SEC, Block.One seems to have figured out that fines may simply be the cost of doing business for blockchain