Major Coins See Mix of Red and Green as BTC Price Stays Above $8,000

Major Coins See Mix of Red and Green as BTC Price Stays Above $8,000 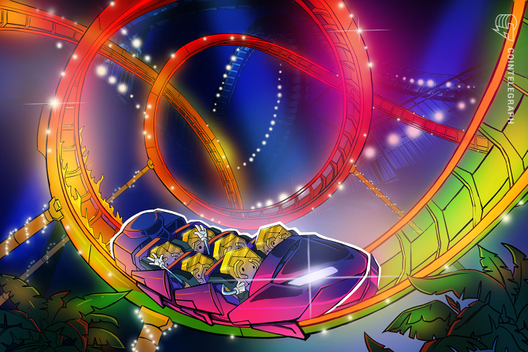 Bitcoin continues to trade above $8,000, with other top-20 coins reporting mixed signals

Tuesday, Oct. 8 — The top-20 digital currencies are reporting a mix of green and red after a tide of green earlier in the day, with Bitcoin (BTC) trying to keep above $8,000, according to data from Coin360.

Earlier today, Cointelegraph reported that Bitcoin Core developer Greg Maxwell had criticized the “attractive mystery” that fear of a 51% attack on Bitcoin entails, arguing that it betrays a fundamental lack of understanding about the cryptocurrency.

Ether (ETH) is slightly up as well, by 1.26% over the day, and is currently trading at around $179.4. The altcoin has not registered notable price fluctuations today, generally staying near the $180 price mark.

Conversely, the second-largest altcoin XRP has registered a drop of 2.02% on the day to trade at around $0.273 at press time. On its weekly chart, XRP is reporting 7.73% growth and a 5.81% increase over the past month.

Meanwhile, Brad Garlinghouse, the CEO of blockchain payments network Ripple that stands behind the XRP token, argued that Facebook will fail to launch its Libra digital currency before 2023.

None of the other coins on the top-20 list is showing double-digit growth today, however, some of them have outperformed BTC and ETH. Cosmos (ATOM), Tron (TRX), and Dash (DASH) are major gainers, being up by 7.05%, 3.04% and 2.87% over the day respectively.

Digital asset custodian of software firm Anchor Labs has stated that it became the first entity qualified to support institutional custody for Telegram’s Gram (GRM) token. Investors will reportedly be able to purchase existing Grams on the open market as well as new Grams from the Telegram Open Network (TON) Reserve.

The European Union’s finance commissioner Valdis Dombrovskis pledged to propose new rules to regulate cryptocurrencies such as Facebook’s Libra. “Europe needs a common approach on crypto-assets such as Libra. I intend to propose new legislation on this,” Dombrovskis said.

Bitcoin continues to trade above $8,000, with other top-20 coins reporting mixed signals