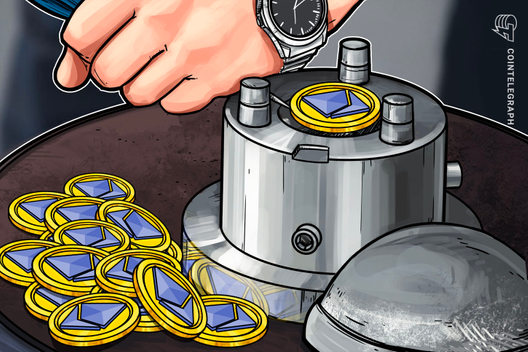 Microsoft and Intel are backing a new system of reward tokens created by the Enterprise Ethereum Alliance (EEA).

The EEA, which sets standards for Ethereum-based blockchain applications in business, shared the developments in a statement with Cointelegraph on Oct. 7.

The organization said that it has created a new system of reward tokens that receives the support of software giant Microsoft and Intel.

The EEA is a blockchain consortium with over 450 enterprise business members such as Microsoft, JPMorgan Chase, Santander, Accenture, ING, Intel and Cisco. Its newly created token aims to incentivize and reward companies who are actively participating in a consortium.

Intel’s blockchain program manager Michael Reed told Coindesk that there are three types of tokens: a reward token, a reputation token and a penalty token, adding:

“It really can be applied to any consortium to incentivize teamwork. The example we are using is a software development consortium like EEA, where we are trying to motivate activities like editing and contributing to specifications, developing and adding code. Then, of course, you could apply penalties for negatives, such as lack of contribution, lack of review, missing deadlines and so on.”

Cointelegraph has previously reported on the use of tokens to align and reward companies and individuals for their efforts. The Austrian capital of Vienna was reported to be developing a blockchain-based token as a part of a local incentive program in early 2019.

The so-called Vienna token would be granted in return for providing feedback about the city, in an application designed to pay for parking within the city, or for rewarding citizens for riding their bikes. The tokens might later be exchanged for something valuable, such as theater tickets.

EEA’s published use cases for telecommunications

In August, the EEA published a set of use cases for blockchain technology in telecommunications. The list of use cases provided information on how blockchain technology could streamline business transactions and internal operations in the telecommunications industry. Use cases included blockchain-based telecom call roaming user authentication; blockchain-based telecom call roaming reconciliation; and data privacy and monetization.