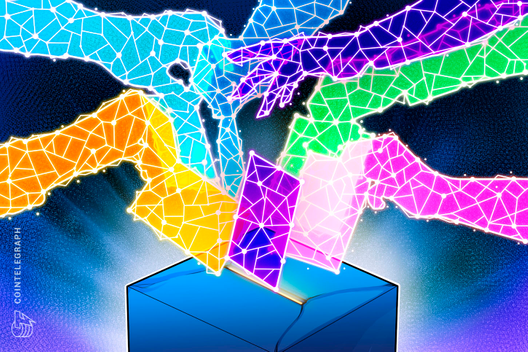 According to a press release shared with Cointelegraph on Oct. 3, the partnership aims to build a new system whereby Uruguay citizens and members of the Digital Party can participate in various political decisions in a transparent and decentralized manner.

Per the release, the first phase of the project will focus on creating a DApp based on the “liquid democracy” model that employs digital tokens and a basic set of smart contracts that the Digital Party will use for its internal governance.

The party also plans to develop a secure and transparent database using a technological solution “for the collection and validation of adherent identities.” Pablo Coirolo, CEO of Æternity Americas, added:

“The application of democratic governance that will be implemented by the Digital Party is based on the internal governance solution that aeternity uses for internal community decision-making, which is a completely new architecture, allowing greater participation of citizens in political decisions at all levels, with unalterable reliability.”

Established in 2013, the Digital Party’s representatives also claim that it is “the first political party focused on bringing the digital era to the political sphere of Uruguay.”

As Cointelegraph reported on Sept. 25, Æternity blockchain also will be used to track the supply chain of Montevideo-based medical and recreational cannabis producer Uruguay Can.

The first phase of supply chain management system implementation will take place in October and is expected to be completed in January 2020. Full implementation is planned for mid-2021.