U.K.-based cryptocurrency data and wallet provider Blockchain has come under the spotlight after a string of executive departures

United Kingdom-based cryptocurrency data and wallet provider Blockchain.com has come under the spotlight after a string of exits by company employees.

Citing sources familiar with the matter, an article published by The Information on Oct. 2 claims that Blockchain’s longest-serving senior executives — COO Liana Douillet Guzmán and Chris Lavery, executive vice president of finance — are both expected to leave.

Their departures, if accurately reported, would be just the latest in a steady stream of team members calling it quits on the startup, The Information alleges.

A series of swift executive departures

In the wake of this apparent exodus, one of the Information’s sources revealed that Blockchain.com’s board had looked into what triggered the departures.

It reportedly concluded that some of the new hires — a number of whom hailed from the traditional financial sector — were a poor fit for the crypto startup’s culture. The board recommended changes to the firm’s hiring process and drawing on a wider pool of talent.

Others have claimed that despite Blockchain’s veteran position within the industry, employees perceive there to be a lack of growth opportunities and harbor doubts about the company’s business strategy.

Back on track for profitability, company says

Founded in 2011, Blockchain.com offers a free cryptocurrency wallet with a reported 40 million registered users. 14 million of these wallets have recently been active, according to a July 2019 Fortune interview with CEO Peter Smith. Yet the report alleges that raising revenue sustainably from this user base has posed something of a conundrum for the firm.

Insiders claim that initiatives such as Blockchain’s fall 2018 Stellar (XLM) airdrop and the launch of a new hardware product were both viewed within the firm as failures. A Blockchain spokesperson has firmly denied these claims.

Several former employees moreover alleged that as CEO, Smith had created a difficult work environment — a claim that was again categorically refuted by both the company’s spokesperson and board member Jeremy Liew.

Two of Blockchain’s recent moves — the launch of a crypto-crypto trading product dubbed Swap, as well as the launch of its own crypto exchange, The Pit — are both now expected to put the company back on track for profitability by 2020, the firm’s spokesperson has claimed.

Formerly known as Blockchain.info, Blockchain.com is backed by notable investors such as Roger Ver, Barry Silbert’s Digital Currency Group, Lakestar, and Google Ventures, among others.

Back in fall 2018, Cointelegraph reported that Blockchain had been ranked within the top ten most “sought-after” U.K. startup employers in LinkedIn’s listings.

On Oct. 1, it is also become known that BlackRock and Goldman Sachs veteran Howard Surloff has joined Blockchain.com as general counsel. 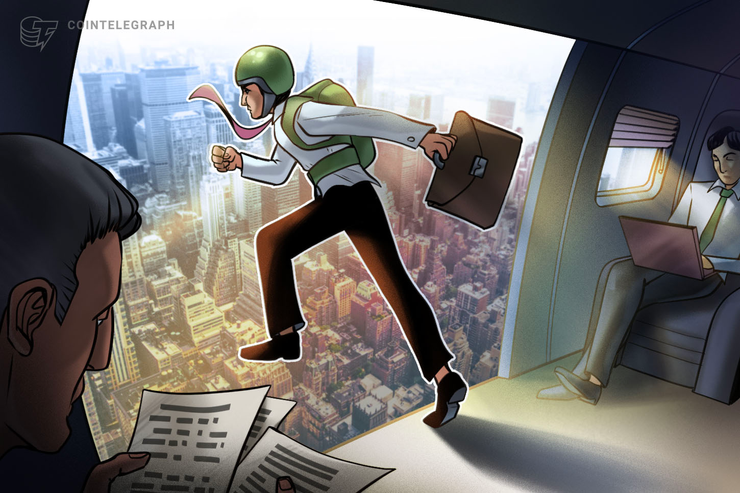 U.K.-based cryptocurrency data and wallet provider Blockchain has come under the spotlight after a string of executive departures