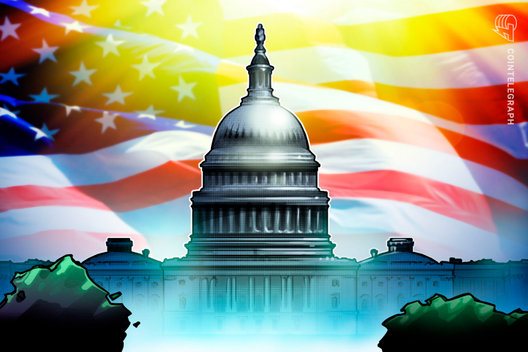 U.S. Representatives French Hill and Bill Foster have asked the Federal Reserve whether it will consider launching a national digital currency

Members of the United States House of Representatives Financial Services Committee asked the Federal Reserve whether there are any plans of launching a U.S. dollar digital currency.

Fed has the mandate to develop a national digital currency

In a Sept. 30 letter to Federal Reserve Board Chairman Jerome Powell, U.S. Representatives French Hill and Bill Foster expressed concerns that the importance of the U.S. dollar could be in jeopardy “from wide adoption of digital fiat currencies.” They stated:

“Internationally, the Bank for International Settlements conducted a study that found that over 40 countries around the world have currently developed or are looking into developing a digital currency.”

The lawmakers stated that, due to the potential of digital currencies to take on the characteristics and utility of paper money, it may be increasingly urgent for the Fed to “take up the project of developing a U.S. dollar digital currency.”

The two congressmen noted that the Federal Reserve has the ability and the mandate to establish a safer, more flexible and more stable monetary and financial system by developing a digital national currency.

Cointelegraph previously reported that former Federal Reserve official Simon Potter said that proposals to end the U.S. dollar’s dominance by replacing it with a digital currency makes no sense. He added:

“I see no argument that makes sense to have something that complicated out there when you have large, liquid capital markets in the U.S. Not having one currency that you can basically price things and have a deep market in, that makes life much harder for the global economy.”

Potter added that while it is unlikely for central banks to “ever coordinate around a virtual currency,” private companies might. Central banks should be very concerned about the private sector doing this, he said. U.S. Representatives French Hill and Bill Foster have asked the Federal Reserve whether it will consider launching a national digital currency