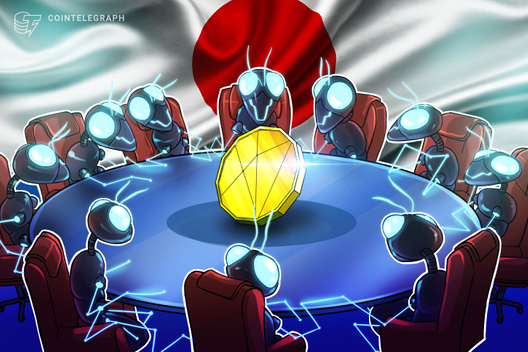 The four other members of the new association include Nomura Securities, Daiwa Securities, Kabu.com Securities and Japan’s financial giant Monex, who officially announced the news on Oct. 1.

Headquartered in Tokyo, Japan STO Association launches in order to support the development of STO fundraising by consolidating expertise in the industry, ensuring compliance with laws and protecting investors.

Chaired by Yoshitaka Kitao, CEO and representative director of SBI Holdings and an exec at Ripple Labs, the general incorporated association will be mainly collaborating on the development of self-regulations for STOs, according to the press release.

In the announcement Monex stressed the difference between STOs and initial coin offerings (ICOs), a type of fundraising where a company usually issues its own cryptocurrency. Monex emphasized that ICO industry experienced some fraudulent cases, while issuance and trading of security tokens is legally recognized and its global popularity is growing as a new methodology of financing.

On Sept. 30, the Wall Street Journal reported that major crypto-related firms in the United States such as Coinbase and Kraken are teaming up to launch a rating system to jointly define which digital assets are securities.