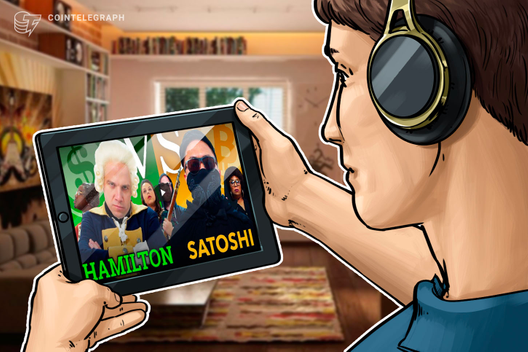 Reid Hoffman, co-founder of LinkedIn, decided to let Alexander Hamilton, one of the founding fathers of the United States, face-off against Bitcoin (BTC) creator Satoshi Nakamoto in an epic crypto-rap-battle video.

On Sept. 5, Hoffman released a new hip-hop rap battle video which shows Alexander Hamilton, the founder of the United States financial system and central bank, fighting in rap-battle-style for the merits of centralized currencies against the mysterious Bitcoin creator Satoshi Nakamoto.

“I was particularly struck by his two “Cabinet Battle” songs, and the way he used battle rap to express the opposing viewpoints that informed the issues and debates underlying fundamental moments in America’s development. Since then, I’ve been intrigued by the idea of using battle rap to explore some of the most polarizing issues that characterize our own era.”

This style of debate will be familiar to many fans of YouTube, especially to those who have seen the channel Epic Rap Battles of History (ERB), where two characters go back and forth rhyming out key points in an attempt to take down the opponent.

The co-founder of LinkedIn added that he hopes the video gets more people talking about crypto and its evolving role in global commerce. He concluded:

“Since I believe that informed, civil, and open-minded debate ultimately leads to more innovation and adaptation, I hope the debates continue.”

Cameos from dozens of cryptocurrency pioneers

The 6-minute long hip-hop video includes dozens of cameos from industry’s pioneers such as Charlie Lee, creator of Litecoin (LTC); Zooko Wilcox-O’Hearn, co-founder of Zcash (ZEC); Reid Hoffman himself and many others.

Hoffman took to Twitter to ask his followers who won the debate: Alexander Hamilton or Satoshi Nakamoto? The winner was clearly Satoshi Nakamoto, with 72% of the 6050 casted votes.

Cointelegraph reported in February that Hoffman had become the latest participant in the Lightning Torch Bitcoin transaction relay and became the 224th person to “hold” the Torch. Before him, Twitter co-founder and CEO Jack Dorsey also passed the Torch, as did many other high-profile figures in crypto and finance. 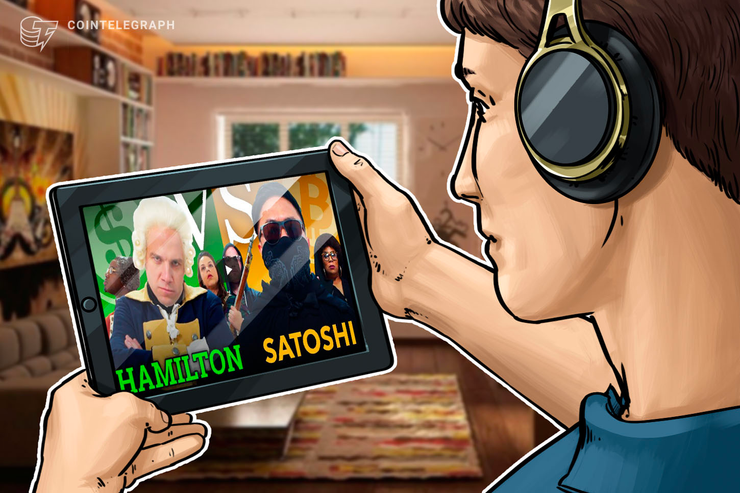