A cryptocurrency firm heckled at the Black Hat hackers’ conference is suing the event organizers for failing to protect it from the audience’s barbs.

Crown Sterling — which some attendees have characterized as “a piece of snake-oil cyber marketing” — filed its complaint with the United States District Court for the Southern District of New York on Aug. 22.

At Black Hat, Crown Sterling had presented its development of what it dubs “quantum AI encryption technology” — a purportedly more robust “five-dimensional encryption” that draws on research into occult numerology and AI-composed music, to name just two of its influences.

Crown Sterling CEO and founder Robert E. Grant’s presentation was based on a paper he co-authored and published earlier this year with Tal Ghannam; a physicist who self-published a book entitled “The Mystery of Numbers: Revealed through their Digital Root,” as well as a graphic novel, “The Chronicles of Maroof the Knight: The Byzantine.”

The presentation was met with significant hostility and scepticism by attendees — videos shared on social media reveal audience members heckling, “you shouldn’t be here, you should be ashamed of yourselves!”

Twitter has since continued to seethe with critics dismissing the presentation as what they would “charitably call a specious snake-oil talk,” jokes about discovering pioneering encryption knitting patterns and jargon-laden parodies.

In its complaint, Crown Sterling accuses Black Hat’s organizers of having breached its “sponsorship agreement with Crown Sterling and the implied covenant of good faith and fair dealing arising therefrom.“

In addition, the firm has also filed suit against 10 „Doe“ defendants, whom it accuses of orchestrating an allegedly premeditated disruption of its sponsored talk.

The firm, as the filing reveals, had paid a steep $115,000 to participate in the event and promote its discoveries. Among its charges, the firm accuses critics of defamation, alleging that:

„Detractors used this staged ‚event‘ to initiate a smear campaign on social media during the conference and immediately after. In that campaign, these detractors defamed Crown Sterling, questioning both its integrity and its cryptography solutions.”

Alongside sponsored talks such as Crown Sterling’s, Black Hat this year also hosted presentations including a project investigating the notorious phenomenon of cryptocurrency-related Twitter accounts that advertize fake “giveaways,” which uncovered a network of at least 15,000 scam bots. 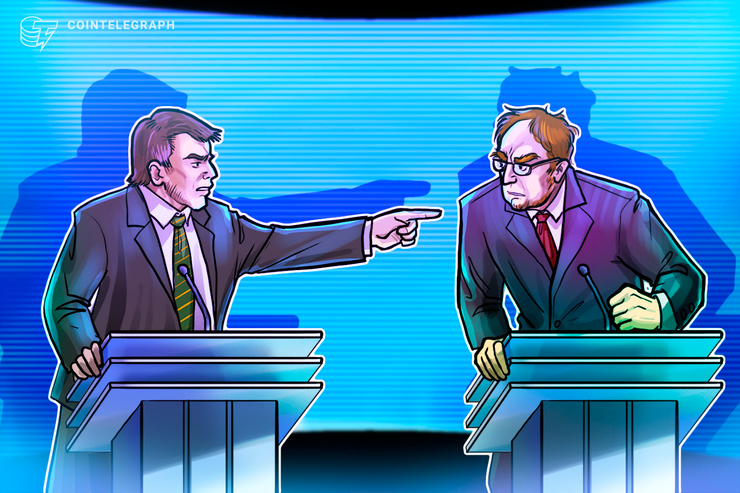