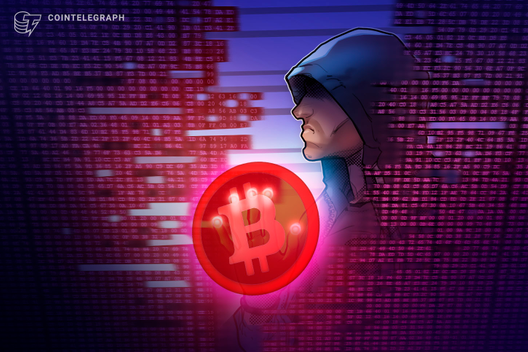 A Bitcoin (BTC) automatic teller machine (ATM) has allegedly been stolen in the United States with the theft caught on tape.

Bitcoin ATM theft in the U.S.

A Bitcoin ATM has reportedly been stolen by two alleged thieves in a mall situated in Washington DC on Aug. 3, according to a report published by Finnish news outlet Ilta Sanomat on Aug. 22. Moreover, the alleged two suspects have been filmed by a surveillance camera as they stole the machine.

The two reportedly timed their actions to take place when the shops were closed, but the mall itself was still open. Nobody paid attention to them as they allegedly entered the building, took the machine, carried it to a van, loaded it on board and drove away.

Not the first time criminals attempt to snatch Bitcoin ATM

This is a similar modus operandi compared to the incident reported in July, when a  gang of masked men have raided a Bitcoin exchange in the English city of Birmingham, sparking a police investigation. Also on this occasion, the group had reportedly attempted to steal a Bitcoin ATM using a rope attached to their car.

Interestingly, the two were so discreet that the theft has not been noticed until a week later. At this point, the police had to call Bitcoin ATM operator and owner Coinme to inform about the theft.

In June, the number of Bitcoin ATMs worldwide crossed the 5,000 mark, Cointelegraph reported in June.