Ethereum co-founder Vitalik Buterin says the Ethereum blockchain is almost full. In an interview with The Star published Aug. 19, he said the hurdle that faces big organizations interested in the Ethereum ecosystem is the still-thorny matter of the blockchain’s scalability.

“Scalability is a big bottleneck”

Buterin’s stark comments were made as part of a discussion of what he perceives to be the biggest roadblocks to the widespread adoption of cryptocurrencies. He conceded that:

“Scalability is a big bottleneck because the Ethereum blockchain is almost full. If you’re a bigger organization, the calculus is that if we join, it will not only be more full but we will be competing with everyone for transaction space. It’s already expensive and it will be even five times more expensive because of us. There is pressure keeping people from joining […]”

As for how to improve the situation, Buterin said that networks need to evolve away from the idea that every computer is required to verify each and every transaction to a model whereby a computer on average verifies only a small portion of the transactions on the blockchain.

The improved scalability this would provide would bring costs down by a factor of over 100, he claimed. And while security is to some extent sacrificed by such a move, the compromise would be fairly modest, in his words.

Beyond scalability improvements and other technical advances, Buterin noted that the challenge remains in terms of transforming blockchain technology into something people will actually use.

In recent comments, Buterin has argued that the future of crypto is pluralist and revealed his openness to hybrid solutions that involve both Ether (ETH) and Bitcoin (BTC).

The co-founder clarified his stance in response to a proposal to implement the Bitcoin Lightning Network (LN) as an interface for Ethereum contracts to enable instant payments in Bitcoin, while simultaneously triggering a series of events on Ethereum, or any other chain.

In July, Buterin had proposed using the Bitcoin Cash (BCH) blockchain as a temporary scalability solution for the Ethereum network. 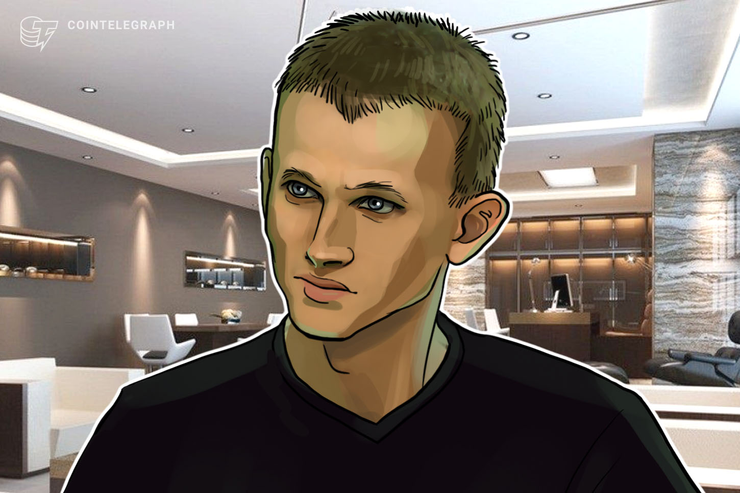