Coinbase and Barclays Part Ways, Will UK Users Be Affected?

Coinbase and Barclays Part Ways, Will UK Users Be Affected? 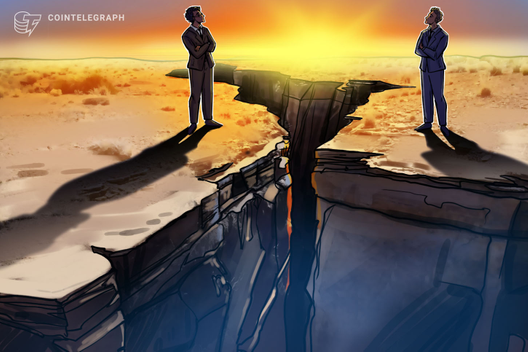 Barclays bank seemingly dumps Coinbase over AML, but the exchange finds a replacement. Business as usual for U.K. customers?

It is being reported that Barclays, the London-based global bank, recently stopped banking for Coinbase, the United States-based crypto exchange. Coinbase reportedly found a quick replacement in the form of another United Kingdom-based establishment, ClearBank.

While Barclays connected San Francisco-based Coinbase to the U.K. Faster Payments Scheme (FPS), enabling instant withdrawals and deposits of British pounds at the exchange, ClearBank won’t offer the exchange the same service until at least the end of Q3 2019. Deposits and withdrawals in pounds for Coinbase’s U.K. customers, which once took seconds, will for now take days to process.

In the wake of Barclay’s decision regarding Coinbase, reports contended that major Spanish bank Santander had blocked U.K. customers from depositing fiat funds to the exchange. Santander spokesperson told Cointelegraph that the reports are untrue:

“We do not block payments to any legitimate company, however, in certain circumstances we will refer payments for additional security checks, where we believe there may be a higher risk of fraud.”

Business as usual? Not quite…

Before it had access to FPS, the exchange, which has offices in Dublin and London, transferred pounds into euros through the Estonia-based LHV Pank, which still banks Coinbase. Having experimented with colored coins for Bitcoin-based certificates of deposit, LHV — the largest locally owned bank and asset management in Estonia — seems to take a more open approach toward blockchain than Barclays.

“The Bitcoin blockchain is the oldest, most tested and secure [public-key cryptography], and hence suitable for our current applications,” Rain Lõhmus, chairman of the supervisory board of LHV, told Cointelegraph in 2015. But LHV couldn’t offer Coinbase the same luxuries as Barclays.

Feroz told Reuters that it took a lot of effort and time to get Barclays to bank Coinbase, as the former sought to ensure the exchange had implemented appropriate Anti-Money Laundering (AML) procedures. The exchange was one of the first blockchain firms to have access to FPS with Barclays decision.

“There’s a lot of understanding and risk management that’s needed,” Feroz said, noting at the time that the European Union grew “twice as fast as any of our other markets in 2017,” and that the U.K. was its largest market in the bloc.

“The old guard banking industry helped write the massive banking regulations to make it too hard for startups to compete with the regulatory burden. The problem is that this might have come back to bite them because now banks have built such a large regulatory moat around themselves that they cannot innovate.”

Barclays U.K. CEO Ashok Vaswani once told CNBC that the bank and U.K. regulators were discussing cryptocurrencies, though he did not reveal exactly what the talks with Britain’s Financial Conduct Authority (FCA) revolved around. He did say the discussions centered on how to bring Bitcoin “into play” and how to make it safe in an interview to CNBC at the 2017 edition of the Money 20/20 fintech conference in Copenhagen, Denmark.

In 2015, the British multinational ran a pilot with Safello Bitcoin exchange on a “proof-of-concept.” The bank confirmed in 2016 that it banked Circle Internet Financial, whose main app at the time was Circle Pay, an FCA-regulated app that uses Bitcoin to help facilitate no-fee currency transfers.

Barclays held Circle customer deposits. In 2019, the bank sponsored a blockchain hackathon, as reported by Cointelegraph. While he acknowledges big banks talk the talk, Scigala isn’t so sure they walk the walk when it comes to blockchain:

“Barclay’s just like some other large players are all talking no real action when it comes to cryptocurrency. A lot of these large players will drum the word blockchain around in the media to sound modern and like they are innovative but when it comes to the actual crunch they block or even internally boycott all serious businesses working in the space. Barclays is not alone in this attitude.”

Despite discussing with regulators ways to make Bitcoin safe, Barclay analysts once compared it to the flu. “Like infection, transmission — especially to those with ‘fear of missing out’ — is by word-of-month, via blogs, news reports and personal anecdotes,” Barclays analyst Joseph Abate allegedly wrote in a note to clients. “However, once full adoption is approached, the price decline is sustained and rapid.”

Barclay’s model divided the global population into three sectors, including those who are susceptible, those who are vulnerable but not infected, and those who are immune. The “infected” are the 0.1% who first bought cryptocurrencies. Another segment, comprised of 25% of the population, is susceptible to the Bitcoin bug due to “fear of missing out.” Some are immune and will never purchase bitcoin.

Barclays noted that Bitcoin could see demand from weak economies. “Cryptocurrencies may have a home in low-trust corners of the global economy,” Abate said. “Broader adoption of crypto technologies faces critical challenges and strong incumbents.”

Multiple sources told Cointelegraph that they believe Barclays closed Coinbase’s account due to AML concerns. Governments have levied $17 billion in AML-related penalties since 2009, and the EU and U.S. AML protocols continue to get tougher. Danske Bank is currently facing between $6 billion to $8 billion in fines for what some analysts have dubbed the largest money laundering scandal ever.

“Internal siloed systems of traditional banks are not designed to deal with disruptive or innovative industries. Many banks are facing record fines for AML and KYC breaches. Most traditional banks simply don’t understand how to manage perceived risks with digital assets and cryptocurrencies.”

In addition to AML and KYC challenges with new consumer demands and technology, Blick noted how some incumbent banks have had problems keeping their services online. Global banking giant HSBC is just one of several major banks that have faced tech outages that left customers unable to access online bank accounts and other services. Customers at Bank of America, Commonwealth Bank of Australia, ANZ Bank, Royal Bank of Scotland and NatWest have all endured similar issues.

“They can’t cope with the demand for ‘instant on-demand banking’ expected by crypto clients and industries,” Blick said, citing the slow, albeit reliable legacy technology upon which big banks depend. He also went on to add:

“But the world has changed. We’ve gone mobile and online. We expect real-time transactions and access to financial services around the clock. Big banks, like Barclays, can’t keep up.”

Blick noted that challenger banks like ClearBank “have innovation in their DNA” and can use behavioral analytics for KYC and AML. “Challengers are at the forefront of leveraging digital technology to shape the future of banking,” he said. Scigala added: “Large institutions like Barclays will make themselves obsolete if they don’t embrace rare digital assets and programmable money as a whole.” 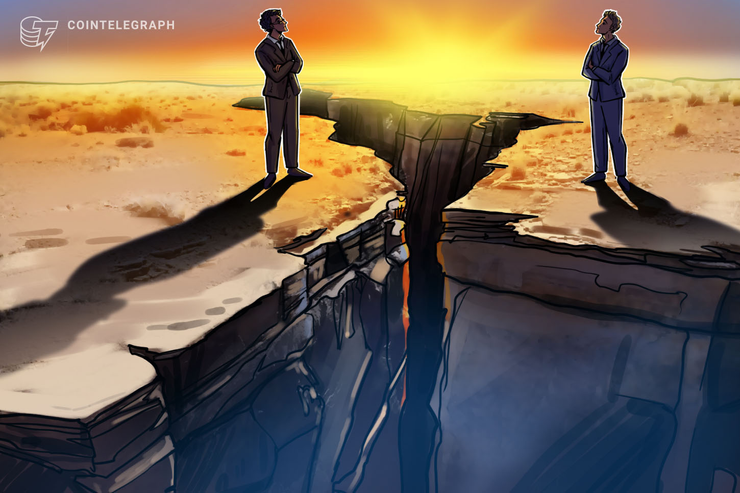 Barclays bank seemingly dumps Coinbase over AML, but the exchange finds a replacement. Business as usual for U.K. customers?