Audius, a blockchain startup that aims to disrupt the music streaming industry, has uploaded its public beta version.

The open source code for public use of Audius is available on GitHub as of Aug. 15. Additionally, the startup has issued an open invitation to run network nodes in exchange for compound rewards distributed in Audius’ native token.

Decrypt reported the startup’s recent developments on Aug. 15. According to Audius CEO Roneil Rumburg, Amazon Web Services is one provider that users can take advantage of to run a node for the music network for staking. Rumburg explained that “every time a user listens to something and is paying an artist, a percentage of that payment is dumped into a pool that is then distributed to stakers of the Audius token.”

Early node providers will also reportedly be able to get in on the testnet at a discount, since they are allowed to ignore the service’s minimum token-staking requirement. Additionally, these early adopters will apparently receive certain benefits that the company is purportedly legally unable to mention.

Per the report, Audius has so far received $5 million in funding from a number of venture capital firms, including General Catalyst, Lightspeed and Pantera Capital.  The startup is now aiming to launch its public beta by the end of September, which is a development stage for the company to invite more artists and users to the network.

Eliminating the middlemen in music

Decrypt describes Audius as a company aiming to eliminate middlemen in the music sector. As previously reported by Cointelegraph, Ethereum co-founder Joseph Lubin suggested in March that blockchain technology could be used to this effect, for the benefit of artists. Lubin remarked:

“I think artists in the music industry on average capture about 11 or 12 percent of the value in the industry and those big record companies are sucking up 70 or so percent. We can replace those record companies with smart contracts on the Ethereum platform.” 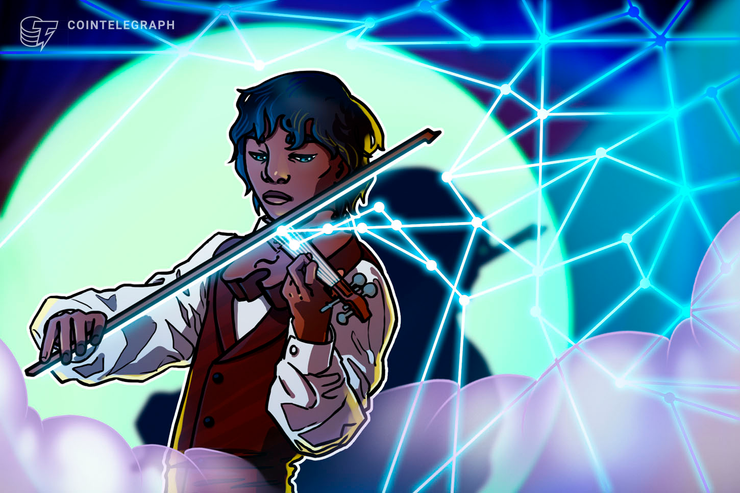