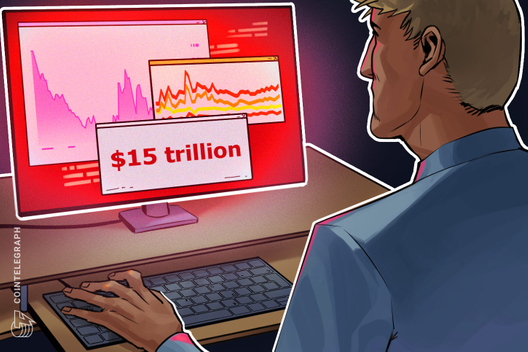 According to Deutsche Bank, 27% of global bonds traded are now negative yield, so expected to pay out less than their initial cost.

This represents $15 trillion worth of debt. Or as VanEck digital asset director, Gabor Gurbacs, commented Aug. 14, this is 75 times the total Bitcoin market cap.

Whilst currently this phenomenon is limited to certain European countries and Japan, all eyes are on the U.S. Federal Reserve to see if it follows the trend.

Meanwhile, ex-chairman of the Fed, Alan Greenspan, told Bloomberg on Tuesday that there is no barrier to Treasury yields falling below zero. This prompted Bitcoin perma-bull, Max Keiser to tweet that “Bitcoin has no top because fiat has no bottom.”

The total value of such bonds has risen to $15 trillion dollars, almost tripling since Oct. 2018. Countries such as Switzerland, Sweden, Germany, France, the Netherlands and Japan, are all issuing bonds with negative interest rates.

Whereas historically, the government would pay you interest for lending them the money instead of spending it, people are now paying for these safe-havens for their wealth.

Faced with negative yield from government bonds as one safe haven investment, investors must surely look to alternatives such as gold and increasingly Bitcoin as the technology is now over a decade old.

As Cointelegraph reported earlier this month, former Goldman Sachs executive Raoul Pal makes thinks the world is fast approaching a currency crisis and that Bitcoin will thrive in the next financial crisis due to its borderless, deflationary and apolitical properties. 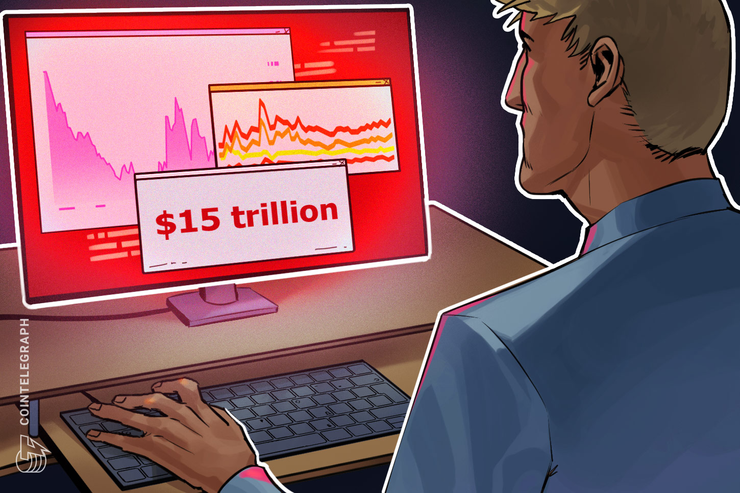