A Singaporean startup, Limestone Network, is using blockchain to sustain a smart neighbourhood in Phnom Phen

A Singaporean startup, Limestone Network, is using blockchain to sustain a smart neighbourhood at the heart of the Cambodian capital.

As Tech in Asia reports on August 14, the 100-hectare mixed-use development in Phnom Penh encompasses residential properties, offices, retail centers, schools and a large-scale exhibition hall: it counts 10,000 business tenants and a daily population of 190,000.

Limestone emerged from the first round of startups in the Singaporean government’s blockchain Tribe Accelerator, backed by government agency Enterprise Singapore.

At the heart of the Phnom Phen project is a blockchain-powered ID system, which creates a digital passport for residents and commuters via the Limestone mobile app.

Users must notably undergo background checks before a passport is issued, which grants them access to a mobile digital wallet and includes features such as providing tap-in tap-out access to different buildings.

In order to disintermediate the ties between enterprises and the public, the project focuses on using blockchain to provide secure data portability — so that a firm can skip middlemen in providing various services directly to consumers.

It also aims to widen financial inclusion, using digital payment history and lifestyle data as an equivalent to a credit score that enable residents and workers to apply for microloans and other financial services.

Slated for completion by early 2022, the project will in future on-board various partners such as ride-hailing apps, financial institutions, retail brand owners and data analytics firms.

Over the course of the next five years, the startup intends to roll out similar smart city projects across South East Asia with the cooperation of local governments.

Visiting senior research fellow at the National University of Singapore Business School Emir Hrnjic told Tech in Asia that the principle advantage of blockchain-based smart cities is its potential to aggregate, analyze and distribute real-time data.

He acknowledged the regulatory and data privacy challenges that both centralized and decentralized technologies are faced with, remarking that:

“The future of blockchain-enabled smart cities would likely be something in between an ideal society, where everyone has control over their lives and environment, and a dystopian society of a few controlling the masses.”

Earlier this month, Cointelegraph reported that South Korea’s capital, Seoul, plans to launch its own digital currency as part of its bid to transform into a blockchain-based smart city. 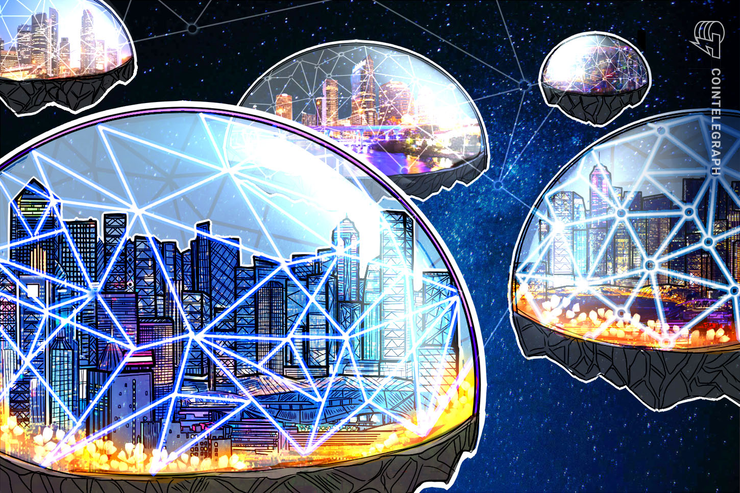 A Singaporean startup, Limestone Network, is using blockchain to sustain a smart neighbourhood in Phnom Phen