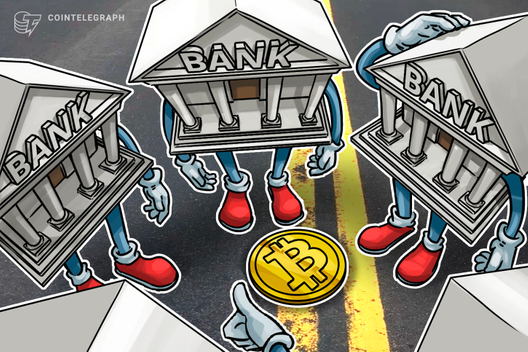 CoinDesk announced the companies’ new partnership in a report on Aug. 13. According to the report, the upshot of this partnership is that Bantotal’s clients will have access to Bitex’s exchange services via a marketplace that hosts traditional financial services in its BDevelopers program.

Per the report, Bitex will act as a middleman service for cross-border payments. The exchange’s role is to convert from fiat currency to BTC, and then back to fiat again in order to facilitate these cross-border transactions.

Bitcoin Argentina VP Leo Elduayen reportedly thinks that this partnership will majorly boost Bitex participation from within Latin America. According to the report, Bantotal provides services to over 60 financial institutions ranging across 14 countries, and a spokesperson estimated that 20 million people use the company’s money management services.

As previously reported by Cointelegraph, Bitex similarly partnered with an Argentina-based bank — Argentinian Banco Masventas (BMV) — back in May. As stated in the report, Bitex partnered with BMV in order to allow its clients to conduct cross-border payments.

José Humberto Dakak, a principal shareholder at BMV, apparently commented that the bank hopes to improve its digital and smartphone-based services with the partnership. He further remarked:

“One of the initiatives is to use Bitex as a strategic partner to provide our overseas customers with payment and collection services at the Bitex Exchange.”