The United States Securities and Exchange Commission (SEC) has filed a complaint against a New York-based man and two of his companies. The SEC alleges that these entities conducted a fraudulent and unregistered ICO from late 2017 to 2018, and is requesting that a U.S. District Court issue an emergency freeze on the defendants‘ related assets.

Hindenburg Research shared the SEC’s filing for a jury trial in a post on Aug. 12. According to the document, the commission is formally filing a complaint against Reginald Middleton, the New York company Veritaseum Inc. and the Delaware-based company Veritaseum LLC.

The SEC says that the defendants raised approximately $14.8 million in an ICO from late 2017 to early 2018 and alleges that material misrepresentations and omissions were made to investors.

Further, the SEC believes there are around $8 million in investor proceeds remaining from this ICO and are requesting an immediate prayer for relief in order to freeze the defendants’ assets.

The commission is also requesting that the District Court provide an order to prevent the defendants from interfering with the SEC’s access to relevant documentation — for example, by destroying it — allow it take expedited discovery and escrow digital assets via a third party, among other requests.

As per the filing, the companies sold tokens called VERI, which were apparently issued on the Ethereum blockchain and pegged to Ether (ETH) at a 30:1 ratio. The defendants reportedly presented VERI as a utility token, saying that it could be redeemed for benefits such as consulting and advisory services and purportedly unlimited access to research.

SEC in the courtroom

As previously reported by Cointelegraph, the SEC has been involved in an ongoing legal battle with Kik Interactive over its Kin token offering. Most recently, Kik’s lawyers have blasted the commission for purportedly presenting a weak and misleading case, which Kik suggests it is doing because it simply does not have good evidence to back its allegations. In Kik’s most recent filing, the lawyers write:

“Indeed, apparently recognizing the weakness of its claim, the Commission has rejected its higher governmental duty to first and foremost seek justice, and has instead employed a strategy to twist the facts, creating a highly selective and misleading depiction of the record as set forth below.” 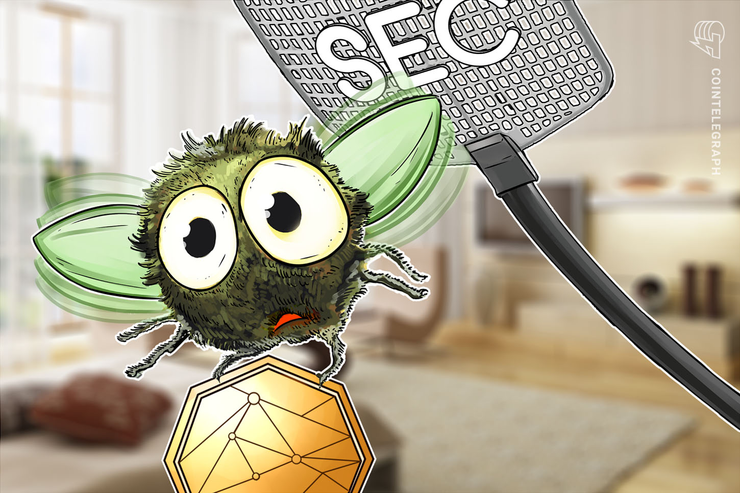