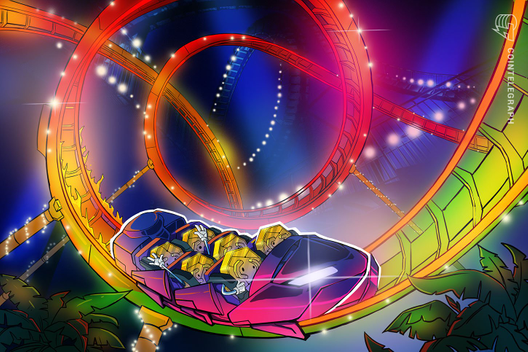 Crypto markets have entered the red zone again after their small rally, with Bitcoin trading at around $11,700

Tuesday, Aug. 6 — Major cryptocurrency markets have continued suffering losses over the past several hours as Bitcoin (BTC) has come back down to around $11,700 after a jump to $12,300 earlier today.

Today, former Wall Street trader Max Keiser claimed that Bitcoin dominance is heading to 80% and that altcoins are dying, further urging the public to rotate out of other crypto assets and into BTC. 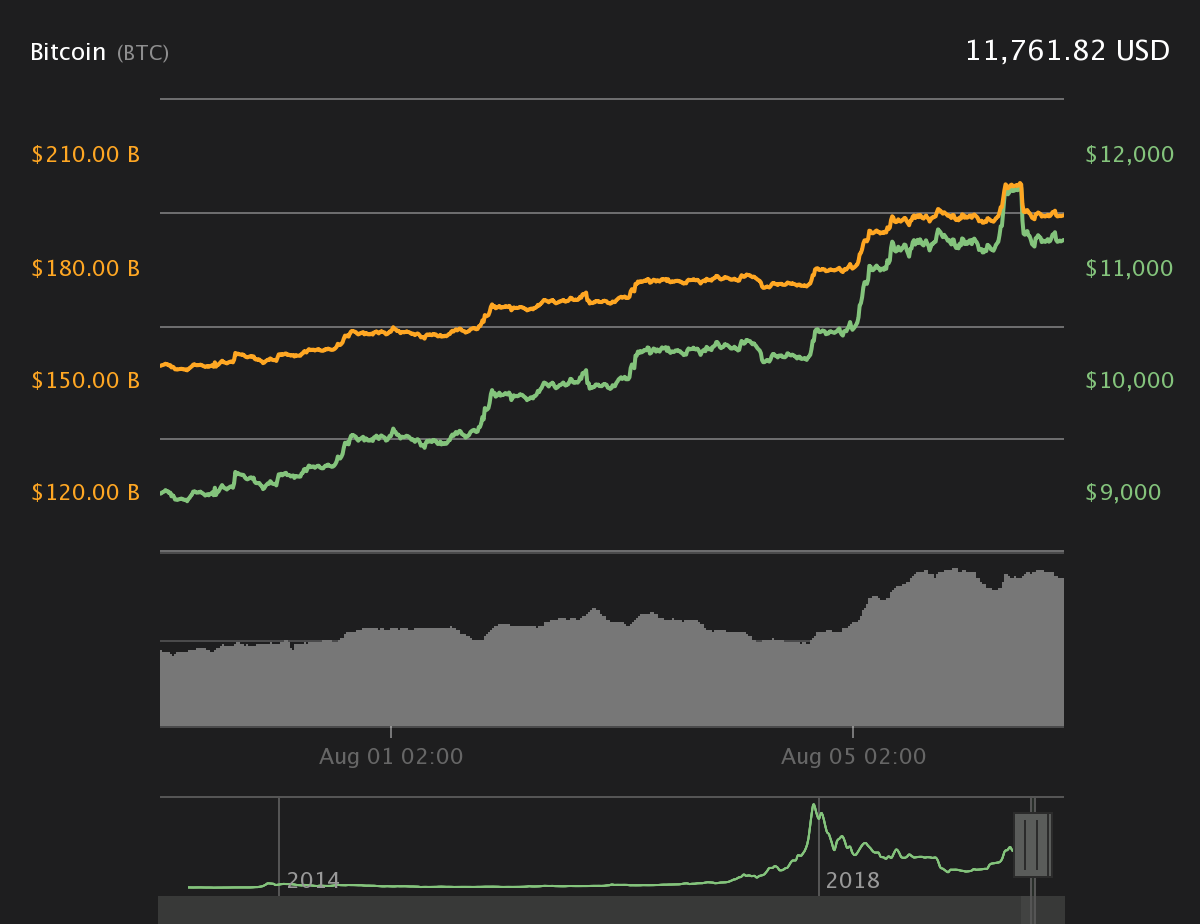 The second largest cryptocurrency by market capitalization, Ether (ETH), is currently down by roughly 0.77% over the past day and is trading at around $230.24 at press time. 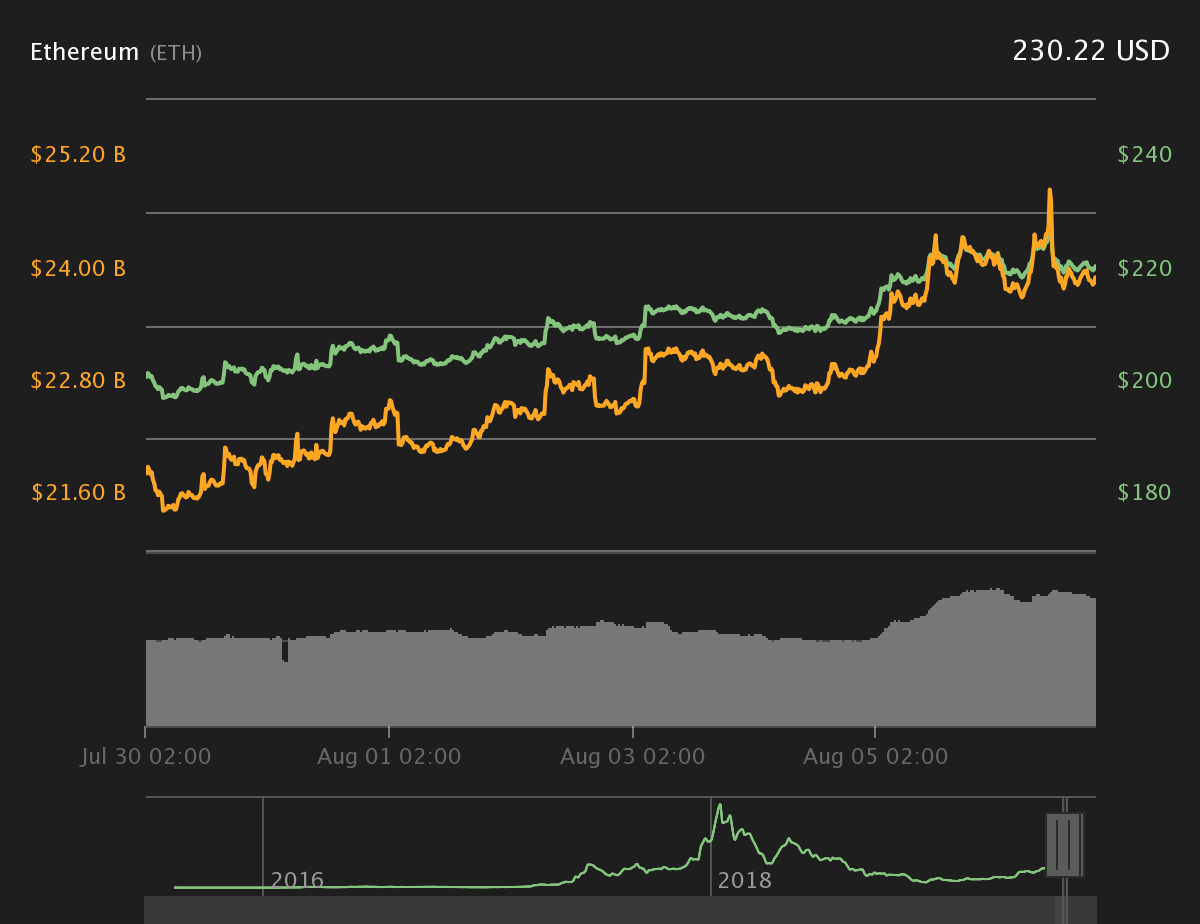 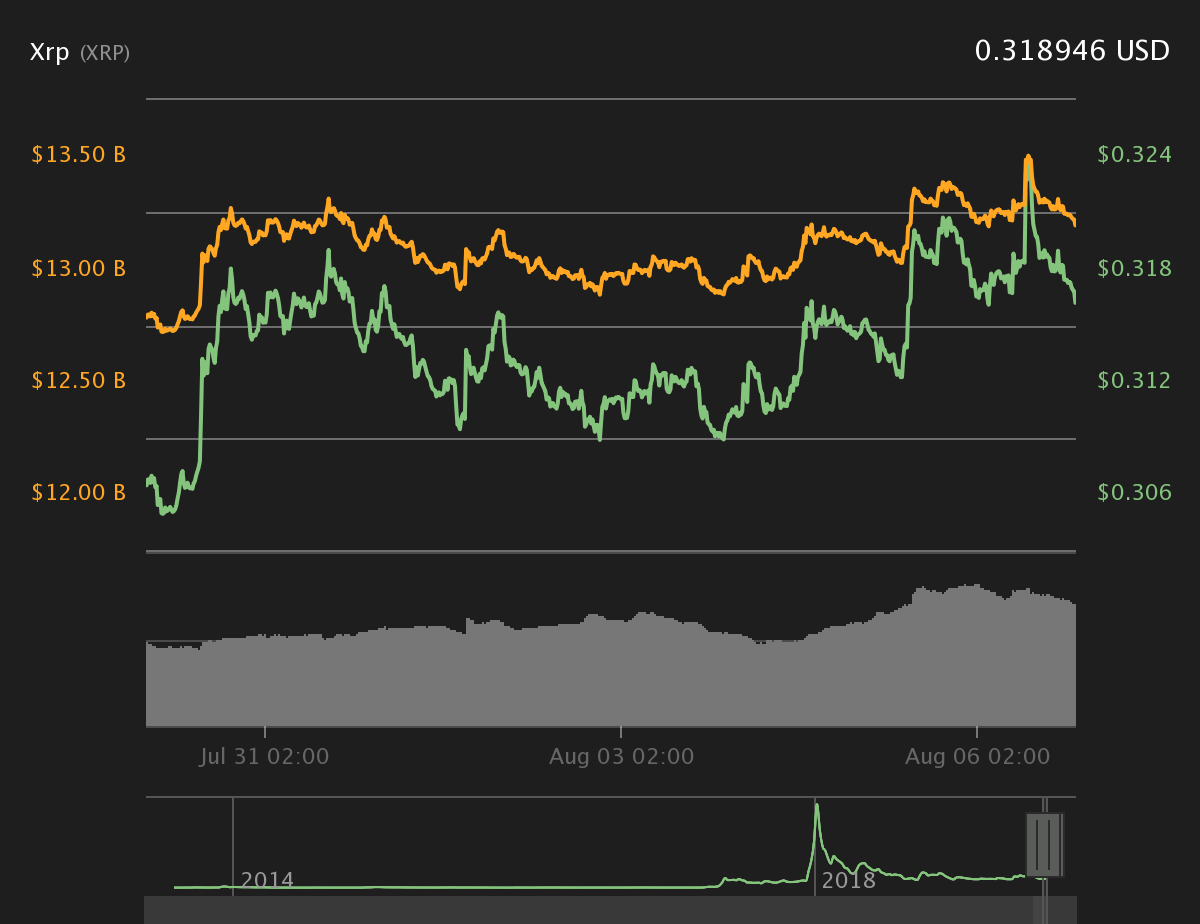 Total market capitalization of all cryptocurrencies is around $306.3 billion as of press time, up from the intraweek low of around $265 billion on July 31.

Some cryptocurrency exchanges have come under fire as the United Kingdom’s tax, payments and customs authority Her Majesty’s Revenue & Customs has reportedly requested that digital currency exchanges provide it with information about customers’ names and transactions aiming to identify cases of tax evasion.

Crypto markets have entered the red zone again after their small rally, with Bitcoin trading at around $11,700