Why Is the US Not Yet a Leader in Crypto Regulation? — Experts Answer

Why Is the US Not Yet a Leader in Crypto Regulation? — Experts Answer Experts in crypto and blockchain take on the question: What prevents the U.S. from becoming the global leader in crypto regulations?

Regulatory frameworks for Bitcoin (BTC) and other cryptocurrencies have developed differently around the globe, ranging from outright bans to so-called “crypto-friendly” legislation. Despite being an economic leader, many within the crypto industry argue that the United States in particular has not yet gained a leading position among governments actively working to regulate this new technology.

We asked the U.S. Chamber of Commerce’s Julie Stitzel, the Commodity Future and Trading Commission’s (CFTC) Heath P. Tarbert, NYU Blockchain’s Timothy Paolini and other industry experts to comment on the current situation with regulation U.S. regulation of crypto and blockchain.

The U.S. — the economic powerhouse home to Wall Street and Silicon Valley — faces some challenges in creating a cohesive regulatory landscape for cryptocurrency. Various U.S. regulatory agencies have different stances toward crypto. Back in 2013, the U.S. Treasury Department’s Financial Crimes Enforcement Network (FinCEN) classified Bitcoin as “an example of a decentralized virtual currency.” The following year, the Internal Revenue Service (IRS) proposed treating Bitcoin and other digital currencies “as property for U.S. federal tax purposes,” and in 2015, the U.S. Commodity Futures Trading Commission (CFTC) considered digital currencies as commodities.

Earlier this summer, the Securities and Exchange Commission (SEC) and the Financial Industry Regulatory Authority (FINRA) had jointly outlined regulatory compliance issues for cryptocurrency custodians and had not discovered those circumstances in which crypto could comply with the SEC’s Customer Protection Rule.

Resulting from complex legal and tax requirements imposed by several U.S. regulatory agencies, some of which has been named above, the U.S. still does not have a clear regulatory framework for the crypto industry at the federal level.

Why has the U.S. not yet become a leader in crypto regulation? 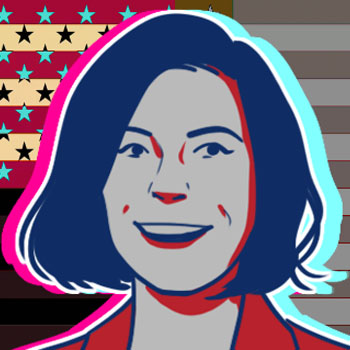 “The United States’ history of adopting and amending legal frameworks in the financial sector have resulted in a robust regulatory structure that enables market stability and effectively manages risk. Although the digital assets market is still nascent, there is a risk and concern that the United States may be left behind — missing an opportunity to cultivate innovation, create jobs and grow the economy by leveraging the emerging technology. 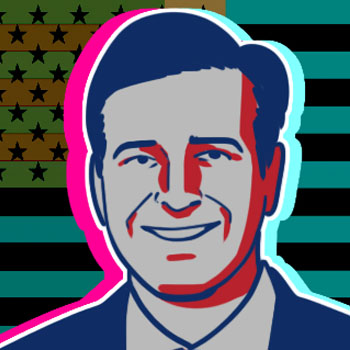 “U.S. markets are the global standard with respect to their breadth, depth, and integrity.  This is the result of a careful balance of innovation, well-calibrated regulation, and a pro-business environment.  While the U.S. regulatory landscape is by no means perfect, there are always tradeoffs with any system. U.S. regulators have been careful not to stifle innovation during the development of this nascent space.

“As we move forward, applying solid, principles-based regulations that appreciate the transformational potential of new technologies—such as crypto assets and other 21st century commodities—will be key to ensuring America’s free enterprise system remains the envy of the world.” 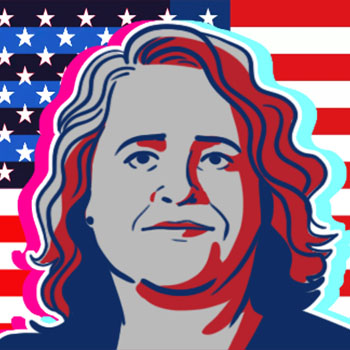 “Regulatory authority in the U.S. is split among too many diverse agencies, and they all have their missions and their interests to assert. In addition to FInCEN, the SEC, the CFTC, and the IRS all chiming in on how to categorize and treat cryptoassets, you have 50 state governments to think about as well.  In the hurry to assert authority, many of these over regulated, based on what they thought they understood. So we are stuck with thinking about cryptocurrency as if all crypto was the same kind of interest, and could be regulated monolithically by each agency. Congress cannot fix the situation because Congress is too busy being divided along party lines. States cannot fix it because they simply do not agree on how to address the myriad issues that genuinely are posed by cryptoassets.

“Our regulatory scheme is split among too many diverse agencies and authorities, and tends to be too monolithic is its approach and too slow to react to the rapidly developing new technology.” 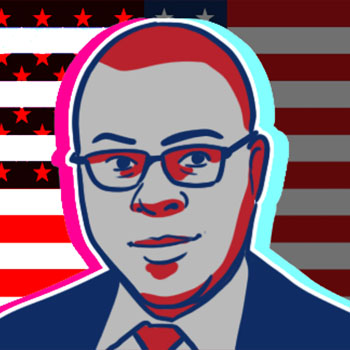 “Who said that the U.S. isn’t the leader in crypto regulation? On the contrary, from an anti-money laundering (AML) regulatory perspective, the U.S. is certainly the leader. The U.S. provided formal guidance on how crypto exchanges should be regulated as far back as 2013. Last year, I coauthored a study with Tom Robinson of Elliptic where we analyzed Bitcoin transaction data from various Bitcoin conversion services around the world. We found that the proportion of illicit bitcoins going into exchanges coming from darknet markets and mixers was much lower in North America compared to Europe. The likely reason: U.S. Treasury’s FinCEN – the organization that enforces AML regulations—had provided much clearer guidance than you had in Europe.

“Another example of U.S. leadership in crypto AML regulation is how the Financial Action Task Force, the global body that sets standards for AML and counter-terrorist financing, recently provided guidance for regulating digital assets. This guidance was driven by the U.S. and largely reflects the framework already enforced by FinCEN.” 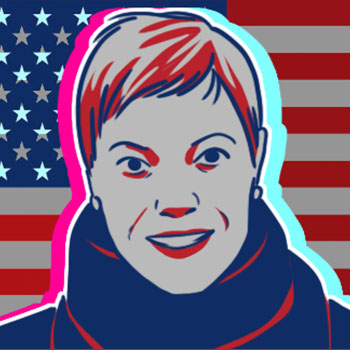 “One issue in the US is that this asset class falls on the borderlines of multiple regulatory agencies so jurisdiction has caused uncertainty. The SEC has stepped up as the primary regulator and is taking decisive action when it comes to enforcement but a more measured approach when it comes to actual regulation. There are many that feel the existing laws on the books are sufficient. This has caused many in the industry to look to Congress (despite significant hurdles there) for rules.

“In addition to the above, many in the US feel that we already have robust capital markets and opportunities for innovation and don’t have the same incentives as other jurisdictions that may be using this new industry to spur their economies. We, however, do not think this is the right approach for the US.” 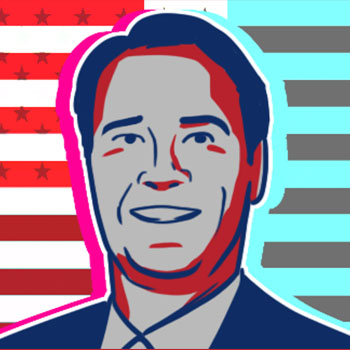 “For the most part, U.S. governmental entities are allowing cryptocurrency regulation to evolve incrementally from existing laws, some of which have been in place for eighty or more years, rather than proposing a new regulatory framework.  The advantage of this approach is that the government is allowing guidelines over the development and use of the technology to develop organically rather than establishing premature oversight which could inadvertently stifle a technology that is still in its infancy.

“The disadvantage is that the lack of regulatory oversight makes it difficult for cryptocurrencies and related businesses to operate in the US without bright-line rules. A number of foreign countries (e.g. Switzerland, Gibraltar and Bermuda) have taken the opposite approach in an effort to establish cryptocurrency governance frameworks to lure investment.

“By allowing crypto regulation to evolve organically rather than developing a new framework to accommodate it, the U.S. is deliberately taking a wait and see approach on crypto. While there are undisputed advantages to blockchain technology that are being explored throughout government and the private sector, the advent of cryptocurrencies threatens to disrupt the way the U.S. has traditionally regulated securities and commodities.  As important, some cryptocurrencies allow a simple by-pass of the myriad regulations promulgated under the Bank Secrecy Act and the Investment Advisors Act that are designed to protect consumers and prevent financial crimes such as money laundering. Those complexities, combined with the challenge of addressing issues that fall under the jurisdiction several different regulatory authorities, are key factors preventing the U.S. from becoming a world leader in crypto regulation.” 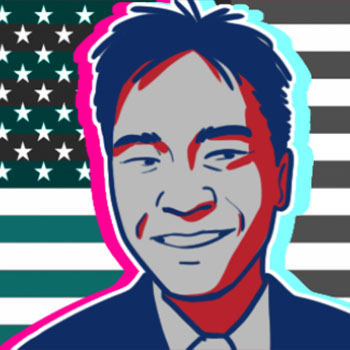 “Regulatory uncertainty is one of the biggest obstacles to advancing blockchain technology. Specific to the U.S., the sheer number of regulatory bodies and variety of interpretations has made it difficult for U.S. firms to operate.

“Until the U.S. can articulate a single set of standards to govern the industry we expect to see more innovations coming from other regions, which is why we established Bittrex International—to advance our mission of fostering blockchain innovation on a secure and reliable platform—while continuing our active dialogue with the appropriate U.S. regulators.” 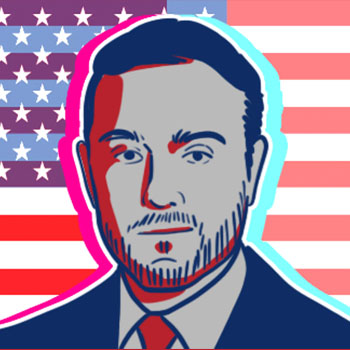 “When new technologies are introduced, regulators are often faced with a similar set of key challenges: how to best protect consumers while fostering innovation, promoting competition, enforcing legacy regulations and resisting the urge to overregulate.

“With respect to blockchain, policymakers have been hesitant to introduce specific regulations for a variety of hurdles.

“First off, blockchain-enabled digital assets are not a homogeneous asset class—they may feature characteristics of securities, commodities, currency units, or a combination thereof—and affect markets that cross national borders.  In the U.S., we have various agencies exercising overlapping authority; for example, the Commodity Futures Trading Commission, the Financial “Crimes Enforcement Network, the Federal Trade Commission, the Internal Revenue Service and the Securities and Exchange Commission may have concurrent or overlapping jurisdiction over a particular blockchain-related matter.

“Despite these challenges, U.S. policymakers are calling for action and are showing a strong effort to engage with participants in the blockchain space – a crucial step on the path toward meaningful regulation and guidance.” 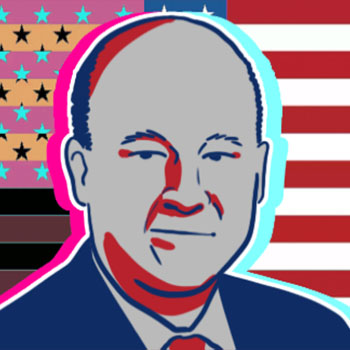 „The U.S. Financial Crimes Enforcement Network issued its first guidance addressing cryptocurrency companies in 2013, and since then regulatory action for digital assets has been slow to develop but has picked up in the past few years as an increasing number of federal and state agencies see the unique opportunities and risks associated with the sector.

“Crafting sensible regulations to provide a stable regulatory framework for digital assets without choking their innovativeness is a difficult task and not one a federal or state agency should undertake without a solid foundation of experience with digital assets.

“There is a growing buzz complaining that the lack of regulations has impeded progress for digital assets, but it would quickly become a loud scream if regulations were issued in a way that missed the mark altogether.

“The slow, deliberative nature of the regulatory process in the U.S. can be frustrating to be sure, but it reduces the type of big swings and misses risked by reactionary and under-informed regulations.“

— Michael Nonaka, Partner and a co-chair of the Financial Services Group at Covington & Burling LLP, Member of the American Bar Association and Banking Law Committee 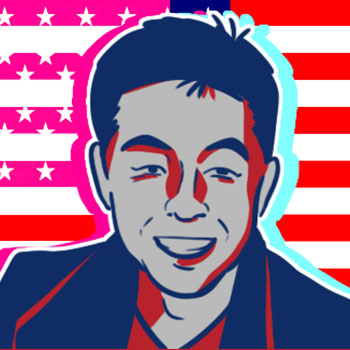 “In my 8+ years of dealing with the government, I can tell you that there is significantly more red tape, formalities, and bureaucracy than you can imagine to deal with prior to getting anything done in DC. Even bringing up issues for discussion takes immense effort as there is always a never ending barrage of topics competing for attention.

“Also, probably the biggest contributing factor is the huge educational gap that currently exists in DC. Many of the regulators are only now trying to wrap their heads around crypto and blockchain. Thankfully we have people like Kristin Smith and her team at the Blockchain Association to help educate DC and speed up the process towards much needed regulatory clarity.

“Washington is also notoriously reactive. We saw this in the case with Facebook’s Libra initiative, which caught regulators completely off guard and led to a scramble of fact-finding hearings. That all being said, I do have confidence that the US government will eventually figure it out and do so smartly so as to not stifle innovation and to [hopefully] position the US as the standard setter for crypto regulation.”

The answers are authors’ own and do not necessarily constitute the official position of the affiliated organizations.

Experts in crypto and blockchain take on the question: What prevents the U.S. from becoming the global leader in crypto regulations?