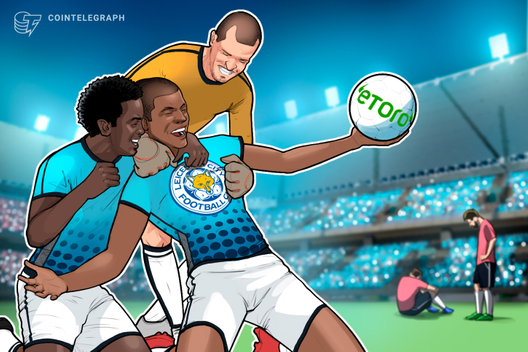 EToro’s second season with the Foxes

“Our relationship with eToro last season was a really positive one so we’re pleased to renew the partnership and continue our work with such an exciting, innovative industry leader. The global reach of eToro is huge and we hope to further strengthen our relations with them as we embark on our second season together in 2019/20.”

Per the press release, “a landmark sponsorship deal was signed by the Football Club and e-Toro at the start of the 2018/19 campaign, which saw the company become an Official Club Partner while the agreement was the Premier League’s first deal paid using Bitcoin (BTC)”.

According to eToro’s UK managing director Iqbal V. Gandham, currently the platform is “working with six clubs for the second year in a row.” On Aug. 1, Everton Football Club of the British Premier League has also signed a deal with the crypto-inclusive investment and trading platform eToro.