Bitcoin mining is likely responsible for 10‑20 Mt CO2 per year, according to a report released by the International Energy Agency

According to a report released on July 23 by the International Energy Agency Bitcoin (BTC) mining is likely responsible for 10‑20 Metric tons (Mt) of carbon dioxide (CO2) per year or 0.03-0.06% of global energy-related carbon dioxide emissions.

Bitcoin consumed more in 6 months than Ireland in 12

Per the report, the recent price and hash rate increase of the Bitcoin network increased its energy consumption, and it is estimated that during the first six months of 2019 it has already consumed 29 TWh. This is more than the annual energy consumption of Ireland (26 TWh).

Annual Bitcoin’s energy consumption estimates range from 20 TWh to 80 TWh, with the agency’s own estimate being 45 TWh. But despite allegedly consuming more energy than Ireland, this means Bitcoin still consumes less than electric vehicles (58 TWh in 2018).

The report’s author further points out that Bitcoin mining hotspots tend to start in places rich in cheap, renewable energy. The paper also cites research claiming that roughly 76% of the energy consumed by Bitcoin is renewable and using this data its estimates of CO2 emissions.

This last point is in line with the estimates of cryptocurrency investment products and research firm CoinShares, which estimated that 74.1% of bitcoin mining is powered by renewable energy in its biannual mining report released in June. 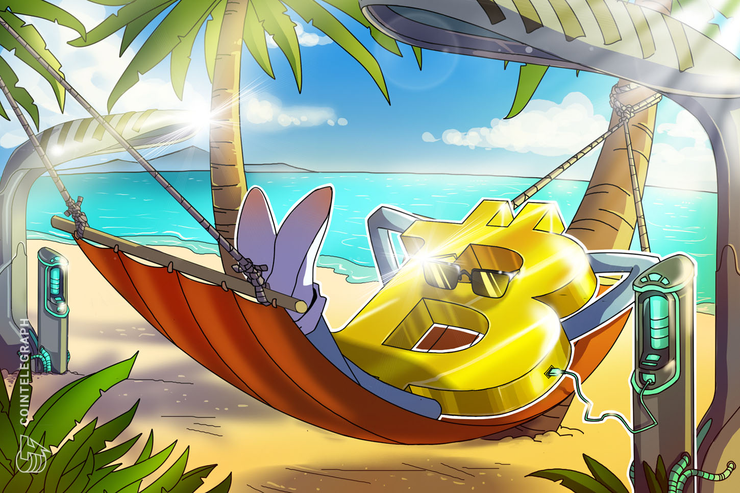 Bitcoin mining is likely responsible for 10‑20 Mt CO2 per year, according to a report released by the International Energy Agency