EnCirca says it is accepting Ethereum domain name applications until August 10, with a purported aim of protecting blockchain-related brand names

Domain registrar company EnCirca has announced that it is accepting pre-registration applications for the Ethereum website extension, “.ETH”. EnCirca said that it will be accepting applications until August 10, in a press release on July 18.

EnCirca also said that they were the first registrar approved by the Internet Corporation for Assigned Names and Numbers (ICANN) to accept applications for Ethereum domain websites.

According to its website, ICANN is a not-for-profit public-benefit group that serves to coordinate and develop policy for Internet naming conventions.

According to the press release, EnCirca was motivated to start including blockchain-related extensions in its registrar due to the lack of regulation for these extension names. Encirca says that some domain names like “.COM” and “.ORG” are regulated, while blockchain domain names are not.

One reported upshot of this is that there are no safeguards in place to prevent cyber-squatting for brand names, which are made available through trademark protection.

The president of EnCirca, Tom Barrett, also commented on the growing number of blockchain wallets as a motivation for implementing brand security mechanisms for blockchain-related trademarks:

„Billions of internet users will soon have blockchain wallets for sending and receiving cryptocurrencies […] In response, EnCirca has made it easy for brand owners to protect their trademarks on the blockchain.“

According to the press release, URLs ending in “.ETH” and starting with a preceding string length of seven or more have been publicly available since May, 2017. So far, EnCircle says approximately 300,000 names like this have been registered.

For shorter names with a 3–6 character length, EnCircle says it will grant priority to pre-existing URLs registered under a different domain, such as “.COM”. According to the announcement, the applicant who can show the longest continuous use of such a name will receive the corresponding “.ETH” name.
As previously reported by Cointelegraph, a mysterious individual filed to trademark the name “Samsung Coin” with the Korean Intellectual Property Office. The individual filed under the name Kim Nam-jin on July 10, while also attempting to trademark ThinQ Wallet — a name that LG Electronics had already applied for on July 2. A representative reportedly told CoinDesk that Samsung was not affiliated with the trademark filing. 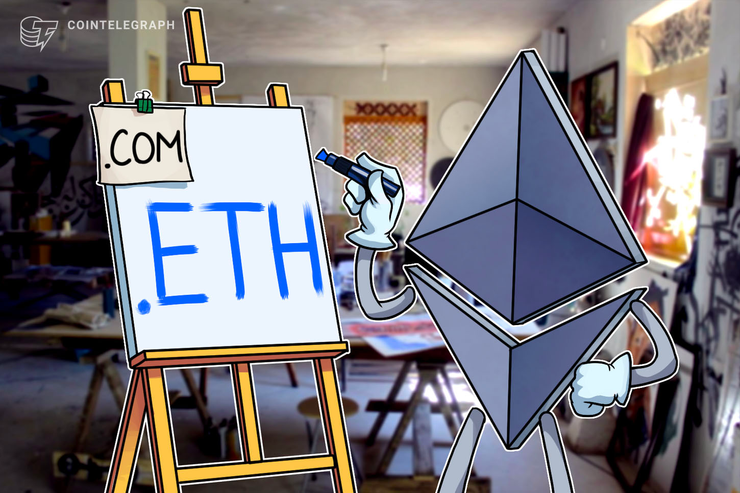 EnCirca says it is accepting Ethereum domain name applications until August 10, with a purported aim of protecting blockchain-related brand names